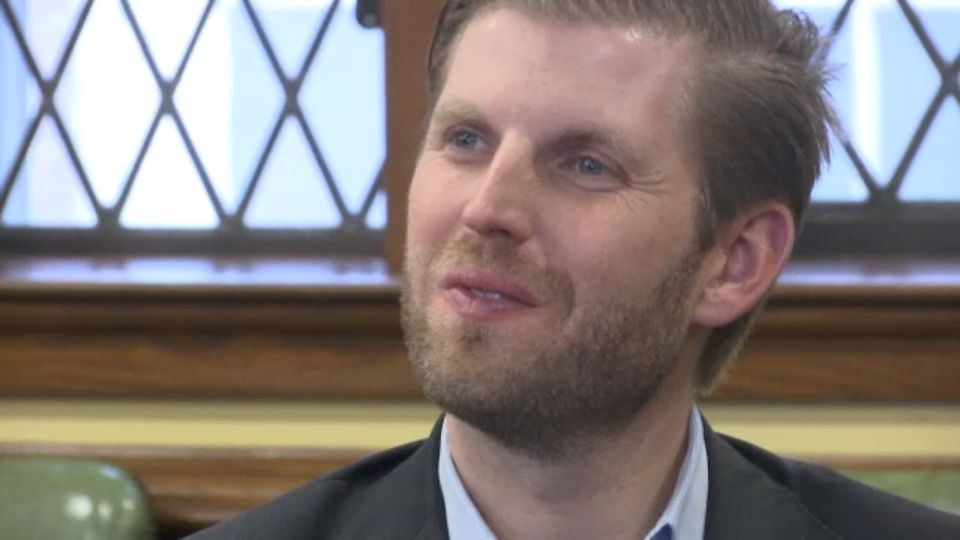 It was amazing spending the day in Utica and Rome New York in support of @ClaudiaTenney for Congress! Claudia is an amazing person, unbelievably hard working, great personality, pragmatic and 100% wants to #MakeAmericaGreatAgain! Get out and vote! #NY22 🇺🇸🇺🇸🇺🇸 pic.twitter.com/KIp82PqDmf

Republican incumbent Claudia Tenney is hoping to hold on for another term as she faces off against Democrat Assemblyman Anthony Brindisi.

Both candidates are from Oneida County, have a legal background and served in the state Assembly. But, when it comes to healthcare to tax reform, they have different opinions.

Meet the Candidates in the 22nd Congressional District Race

Eric Trump rallied alongside Claudia Tenney at her New Hartford campaign headquarters. Prior to that, he toured Revere Copper in Rome. Management said it's the oldest manufacturing facility in the country.

Revere Copper in Rome has roots tracing back to Paul Revere.

Trump met up with Claudia Tenney and the two were given a tour.

Revere Copper's President said the Trump administration has made a big difference in their operations.

"Over the last 20 years with the impact of unfair trade deals, it's been very challenging at times and we're just starting to see over the last couple years where that's really starting to turn around," said Revere Copper President and CEO Michael O'Shaughnessy.

"We all signed up for something that's very very tough, right? And you saw how active we were in the campaign and we want this country to do well. We want American businesses to do well. We're all patriots in this process. We've been given so much. We've been so fortunate as people," Trump said. "This is our direct way to kind of give back, and I want to see businesses like this do well."

Revere Copper has more than one million square feet of manufacturing space in Rome.

The Nuns on the Bus tour stopped at the New Hartford office of Congresswoman Claudia Tenney while Trump was in town.

The group is traveling across the country to educate the public about the "Tax Cuts and Jobs Act of 2017" in which the incumbent voted in support of the Republican tax law.

They also oppose attempts to repeal the Affordable Care Act. The bus tour goes to 54 events in 21 states in just one month.

And greeting those ralliers, were Tenney supporters. They came out with signs emphasizing her opposition to late-term abortion.

A nun Spectrum News spoke with says she is pro-life, and that's exactly why she won't support Tenney.

"All these other issues are secondary. The primary focus is life, and if you can't support life at conception, then you can't support them at any other facet of life," said Oneida County Right-to-Life Director Susan Arcuri.

The Nuns on the Bus tour will end at President Trump's Mar-a-Lago estate in Florida on November 2.

It isn't the first time a high-profiler from the Trump family or administration has come to the region to stump for the GOP candidates in Central New York. Over the summer Vice President Mike Pence rallied for Congressman John Katko. Also in June of this year, Ivanka Trump did her due diligence for Tenney and Katko, where President Trump came touting the two in August.

Spectrum News will be releasing a joint research poll on how the race is shaping up on Wednesday night.