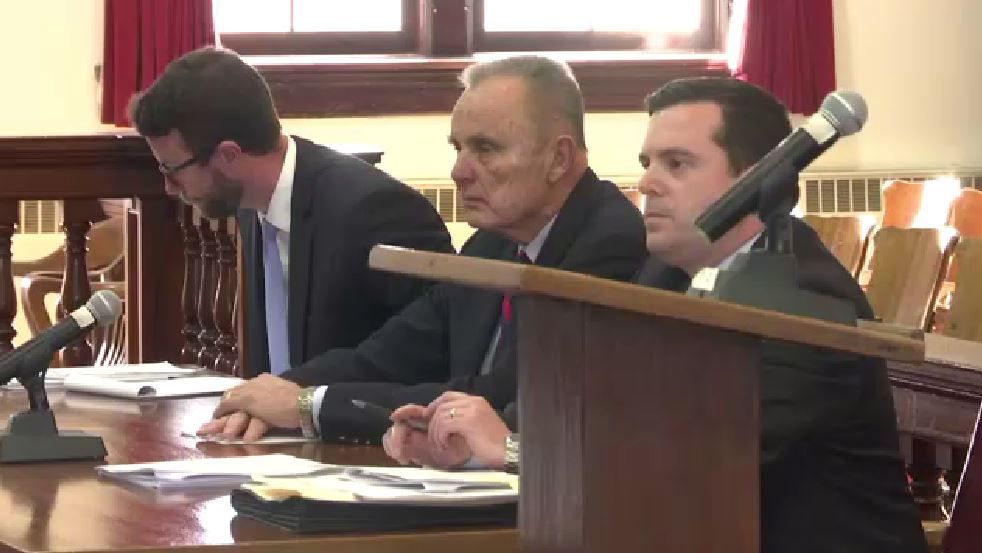 The future of the dispute between Utica's fire chief and the city is now up to a judge. Longtime Fire Chief Russell Brooks is taking the mayor and city to court after he was denied a health claim. It's been a source of controversy in the community. Melissa Krull explains what happened in court.

The chief has been on indeterminate, non-disciplinary leave since May, following the denial of a health claim he filed.

Brooks' attorney summed up his perspective of the city's position in three words, saying: "It's irrational. It's arbitrary. It's capricious."

The mayor has previously said the city is just following the law.

Chief Brooks has leukemia. However, there's a costly disagreement on if it was caused by his response with the city to the World Trade Center on 9/11.

His application for a 207-A, which would have allowed Brooks to receive pay and health benefits during his sick leave, was denied.

He's also applying for benefits under the newly passed 92-D, which Brooks' attorney said could potentially "moot" the 207-A.

"Obviously we would take a look at it but if he's receiving 92-D benefits, what need would there be for 207-A?" said Earl Redding, the attorney representing Brooks

Brooks said the World Trade Center Health Organization has recognized his condition as resulting from his response and is paying for his treatments.

However, according to court documents, doctors hired by the city disagree with the cause and say it's not the primary reason for his inability to perform his job, which affects what Brooks is eligible for.

"The city's central contention, I believe if we are correct, that in order to have the qualifying World Trade Center condition, as defined by the state law, there must be proven causation between the exposure at the World Trade Center and the onset of the disease," said Armond Festine, an assistant corporation counsel.

Under the new law, Utica would be reimbursed by the state for the cost of Brooks' line of duty sick leave -- which should not affect accrued sick time.

"The city has nothing to lose here other than paying Chief Brooks for the sick leave that they have him utilizing, whereby if they provided him with 92-D benefits, which we believe that he's entitled to under the law, he'd get reimbursement from the state," Redding said.

However, because there are doubts about the Leukemia's cause, city representatives have concerns that the state could raise those same questions, and potentially not reimburse the city.

"If the state were to take the position that based upon all the medical evidence that we see, there is no causal relationship between the CLL and exposure, then in that event, the state would deny it," Festine said.

The city's attorney said it's a complicated case, and believes with all the questions asked in court, the judge has a good understanding of the situation.

The judge did not give a date for their next appearance. He asked for a transcript of the proceedings, and said he'll be working quickly to come to a decision.