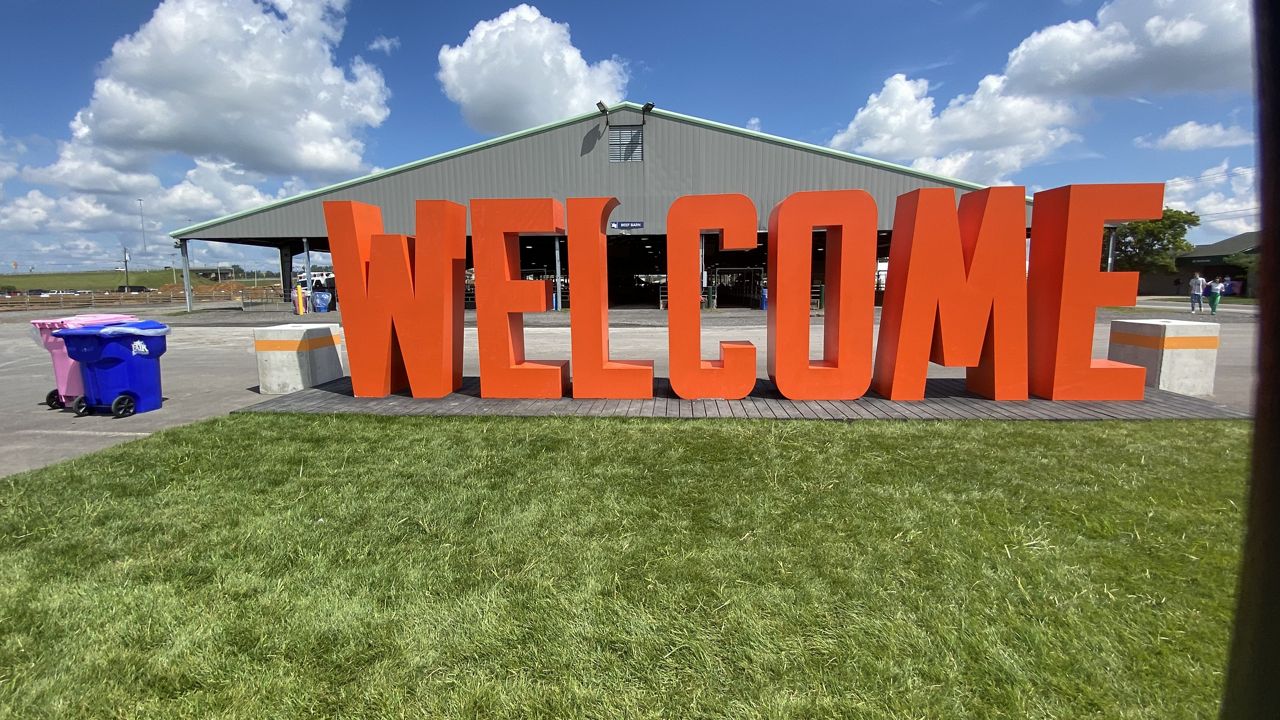 Marijuana is allowed at the New York State Fair this year, and officials say it hasn’t caused issues so far.

April Stec and her family got in line for their traditional visit to the Fair on Sunday.

There’s always a lot to see and explore at the fair, and this year some visitors can do something they’ve never legally been able to do at the fairgrounds, smoke marijuana.
The fair’s director says it’s allowed because of the state’s new cannabis law.

“I actually think that’s great,” Stec said. “I think it’s a plant and it’s been used for medicinal purposes for years. I think having it legalized federally would be amazing for humans because I personally don’t agree with the pharmaceutical industry.”

Marissa Mejia and her family visited the fair from The Bronx. They’re excited to be at the fair and doing fun things after the months of pandemic closures.

“We’ve been out and about for a while now, but to places this big it’s kind of like our first time back and it feels good again,” Mejia said. “It feels normal.”

Mejia brought her kids and says she’s not a fan of marijuana smoking being allowed at the fair.

“I’ve been around places where I could smell it and it’s just like the worst smell ever, and I would prefer to not have my kids around that,” Mejia said. “I know some people use it for medicinal purposes, which obviously you know, but if it’s more of a recreational thing I would prefer for people to just not do it here.”

Despite supporting marijuana usage at the fairgrounds, Stec isn’t sure if it really adds to the fair’s experience.

“I don’t necessarily think that it’s going to like drive up or down attendance that people can use it here,” Stec said. “But maybe some people would be more apt to come if they have health ailments.”

The fair’s director says it doesn’t seem like many people are smoking marijuana at the fair so far, and says those who are seem to be respectful about it.

As with tobacco use, smoking is not allowed in buildings under cover, any picnic areas, at the Kiddieland, midway, the grassy area of Chevy Court, at the veterans and 9/11 memorials or within the State Park at the Fair.