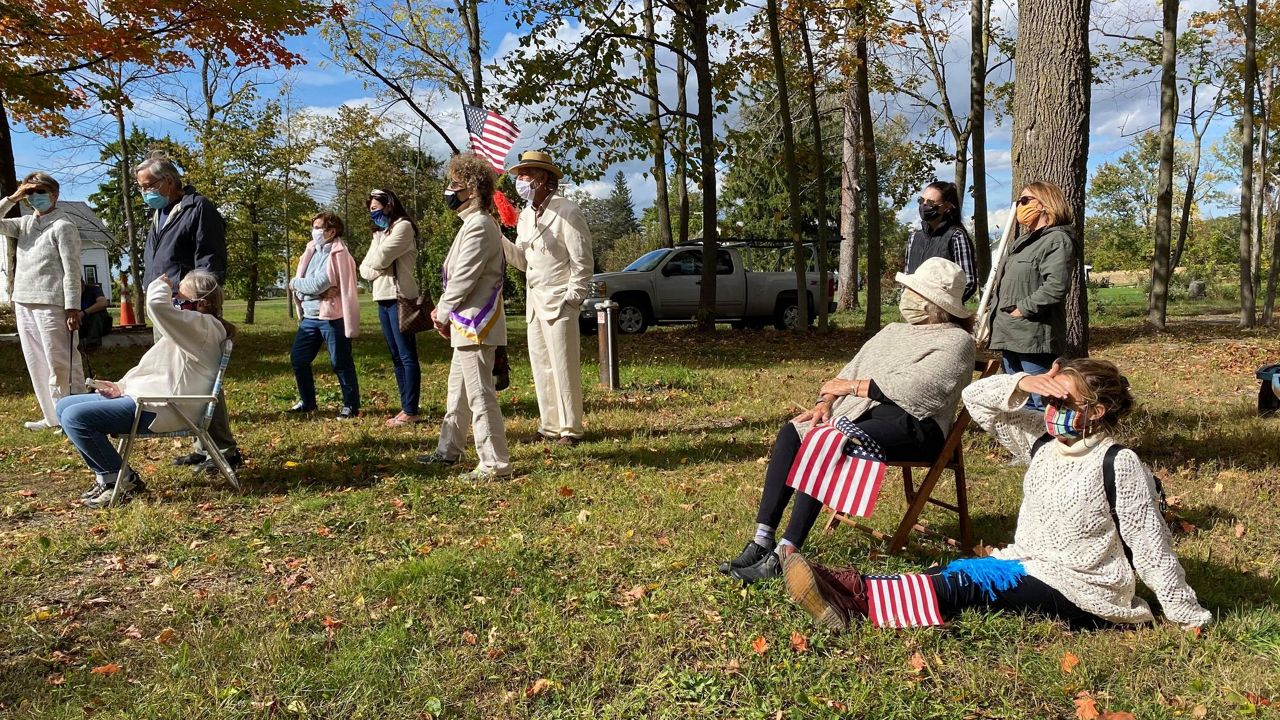 Celebrating the Centennial of Women's Suffrage in Aurora

The pandemic has stifled many centennial celebrations for women's right to vote, but that didn't stop one in Aurora on Saturday. It's been 100 years since women cast their first ballots in the United States. Women and men came together to mark the major milestone.

"We need to know how women struggled to get the vote, the vote was not given to them. They earned it. And they fought more than 70 years for this vote," said participant Andrea Rankin.

Emily Howland was an influential figure in the movement, and lived in Sherwood. A skit about her life was performed, reading her own words to commemorate her influence.

"Being a part of the skit, just really makes the history come alive. And there's just so much written it’s great to spread it out and let everybody hear it," said participant Jackie Dickinson.

Ruth Bader Ginsburg made strides for women's rights in her lifetime. This event reflected on how she made modern rights possible.

"She was just a great role model for women and girls and men," said Dickinson.

"This was for RBG she would be proud of this moment. And she would celebrate with us if she were here," said Rankin.

They celebrated the right to vote, just one month before Election Day.

"I can remember my parents always took us to the voting booth we always stood there in awe. They always made us know that it was so important to have our voices made known," said Rankin.

And so begins another hundred years of voting.