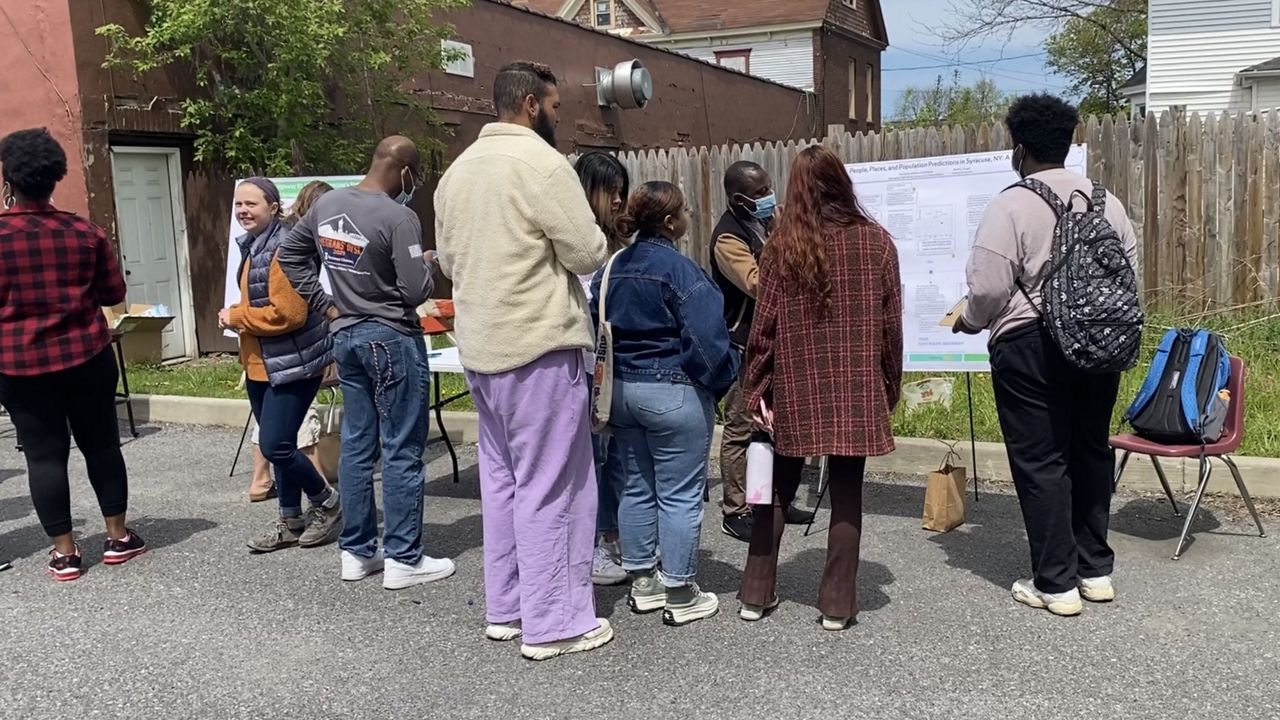 “We see math as being so separate from what we do and it’s just such an integral part of our lives and that’s one of the things we wanted our students to understand,” Tracy Hogarth-Mosier, district instructional math coach for Syracuse City School District, said.

Hogarth-Mosier worked with fifth graders to teach them how numbers factor into what we eat.

“They talked about recipes that brought them joy,” Hogarth-Mosier said. “They went home, they had conversations with their families. They brought back recipes, grandma’s cookies, grandma’s Alfredo.”

Students worked with fractions to learn how to double and triple their favorite recipes. Meanwhile, Ken Keech, a math teacher at Nottingham High School, used algebra skills to explore the city’s history.

Keech says before the interstate was built, the 15th Ward was a thriving community. But then, many Black residents were displaced. He says using that historical context, students learned how to find the equation of a line through population data over time. They reflected on decisions policy makers made in the past hen building I-81.

“And the students, when they saw the viaduct created and a destruction of a community, they realized not only did that affect those people but that affected my students today,” Keech said.

Keech says he hopes these lessons empower students to become leaders he math to their benefit.