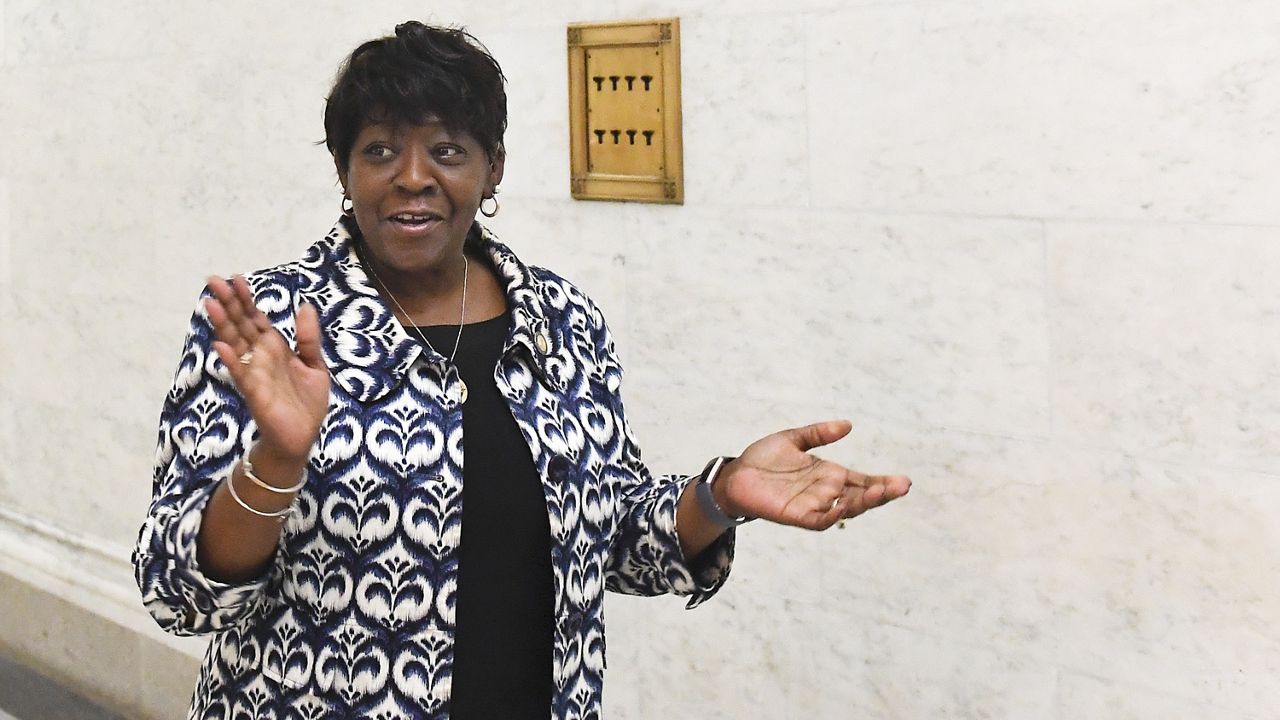 Majority Leader Crystal Peoples-Stokes on MRTA: Pass Our Bill, Then Negotiate With the Governor

The lead sponsor of the MRTA (Marihuana Regulation & Taxation Act) in the Assembly, Buffalo’s Crystal Peoples-Stokes, wants you to know that she’s ready to negotiate with the governor on legalizing cannabis, but she first wants both houses of the legislature to pass A1248/S854, the updated bill that she co-sponsors with State Senate Liz Krueger.

“I’m pleased that the governor has introduced a bill again,” she told Capital Tonight. “But I do think, in all honesty that, this is the third time that he’s done this. The proper thing to do is to approve the bill that Senator Krueger and I have been carrying for the past six years and, by the way, have changed significantly. And then we should begin negotiating with the governor to get through the budget process.”

And there’s plenty to haggle over.

Peoples-Stokes and Krueger both want to see a statute with a precise percentage of tax revenues dedicated to the communities hardest hit by inequities in marijuana prosecutions.

“While I appreciate the governor adding some dollars…I think it’s a much longer process. I’d like to see it in statute. And by the way, he’s not governor for life. There will be a governor after him,” Peoples-Stokes said, referring to the ability of future governors to change any element of the bill that is not memorialized in law.

In the governor’s proposal, the CRTA (Cannabis Regulation & Taxation Act) promises an unclear amount of revenue for the purpose of social equity, but the language is a little squishy. In his State of the State, the governor mentioned a figure of “$100 million,” but his budget only references $50 million.

Another difference between the MRTA & the CRTA are the penalties. The penalty in the governor’s bill for selling cannabis to an underage person is a felony, which is too harsh, according to the majority leader.

But the biggest gap between the two leaders appears to be why they want to legalize adult use cannabis.

Assembly Majority Leader Peoples-Stokes says the community investment and social equity elements of the bill are her primary motivators, while the governor has mentioned that he is focused on closing the state’s enormous budget hole.

That stated, when asked if she thinks cannabis will become legal in New York this year, the majority leader answered in the affirmative.

“Well, I’m going to say yes, because we have the same goal,” she said of the governor.