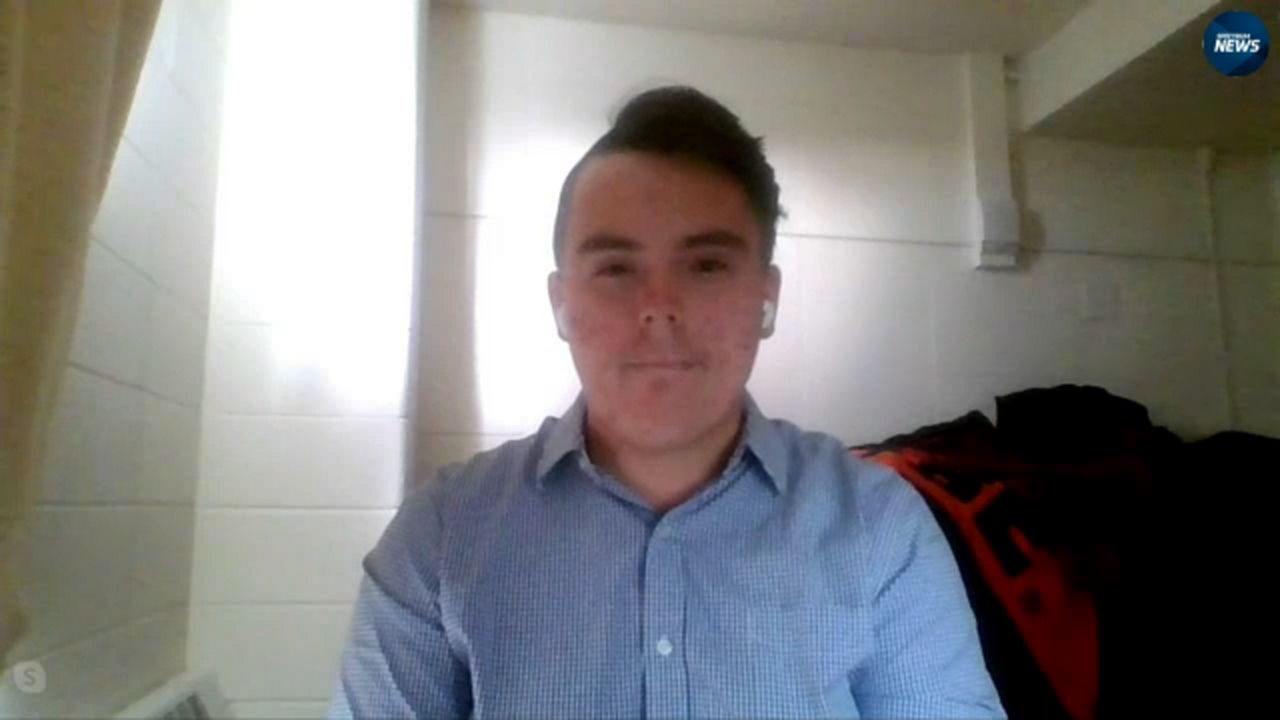 The legislation passed was limited to "certain cities," particularly Cohoes, New York, where a company called Norlite has been burning the material in its incinerator next door to a public housing complex.

Governor Cuomo has yet to sign the bill into law, so a group of environmental activists Wednesday sent him a letter urging him to do so immediately, and without certain chapter amendments that, they say, the DEC has recommended that would weaken the bill.

Joe Ritchie, a junior at Syracuse University and executive director of Saratoga Sites Against Norlite Emissions, is a lifelong resident of Saratoga Sites, the public housing complex adjacent to Norlite. He’s also a signatory to the letter.

"It’s literally a stone’s throw away," Ritchie told Capital Tonight of his home relative to the Norlite facility. "Sometimes when we get the mail, we have to hold our breath because of just how pungent the smell is from Norlite."

Ritchie’s mother, grandmother, and brother live in Saratoga Sites with him when he’s not at school in Syracuse. His mom is an LPN.

"When I was younger, I would see black soot on the windows. When it would snow I would see, a day or so later, that the snow would become black," Ritchie said. "Meanwhile DEC thinks this is all okay, it’s under their permits."

The DEC told Capital Tonight it does not think it’s okay.

"There is a comprehensive process that’s been built through the State Administrative Procedures Act, and other laws in the state, that guide our permitting process overall. When things come up for renewal, what we need to do is make sure we are taking a hard look at these permits. And this is exactly what we’re doing with the Norlite facility," he said.

Mahar also said that DEC Commissioner Basil Seggos wants staff to consider Norlite’s permit renewal applications as new applications, "so they are not the same, typical, streamlined renewal processes that some facilities go through."

This time around, the Norlite permitting process will instead start from scratch. The facility "will begin at square one."

But Ritchie isn’t buying it. He says trust in the DEC among Saratoga Sites’ residents is pretty low.

"[The] DEC allowed Norlite to illegally burn AFFF for two years, even though a DEC monitor was on-site," Richie said.

"Yes, and we have been investigating that issue," Mahar explained. "We are still continuing to look hard to make sure that nothing was missed by the monitor that we have on site. The reason there is a monitor on site is from past violations of other issues and we directed this company to require this third-party monitor to be there, which provides more stringency to our oversight."

"Generally, we are still looking into why our monitor didn’t do something sooner, but as soon as we did find out about it, that’s when we jumped into action," Mahar added.

One action the DEC took was to tell Norlite to stop processing firefighting foam. The agency reiterated that message to Norlite in a letter over the summer.

One difficulty, according to Mahar, is that the DEC is dealing with emerging contaminants which are unregulated at the federal level.

"We have the most aggressive response to emerging issues in which the federal government isn’t acting," he said.

But a lack of trust in DEC is central issue for Ritchie.

"The state DEC wants to gut the McDonald-Breslin bill by making it a statewide moratorium. To the normal person that might sound great. But it actually means it gives the DEC the authority to regulate the toxin which is something that we cannot trust."

It appears that the agency is working on restoring that trust.

"We will be giving the community a strong voice in the process, overall. We wanted to make sure that the community knew that we were on their side," according to Mahar. "We wanted to give them opportunities, through the permitting process, to have their say, a meaningful say, and that’s why we’re treating them as new applications."

As for the allegation that DEC is “gutting” the McDonald-Breslin bill to ban the burning of toxic firefighting foam, the DEC responded to a second request from Capital Tonight by sending this emailed statement:

"DEC cannot comment on legislation pending before the Governor but New York State is taking action irrespective of the bill by implementing a scientific approach to ensure the PFAS issue is comprehensively addressed to protect public health and the environment. New York is driving the science, evaluating potential exposure pathways, and will continue to work with residents, local officials, and other stakeholders to share information about the soil and surface water investigation, DEC’s ongoing and enhanced Norlite permit review, and other actions affecting Cohoes and surrounding communities.”

Last week, state officials announced detailed plans to test the soil and water around the plant.