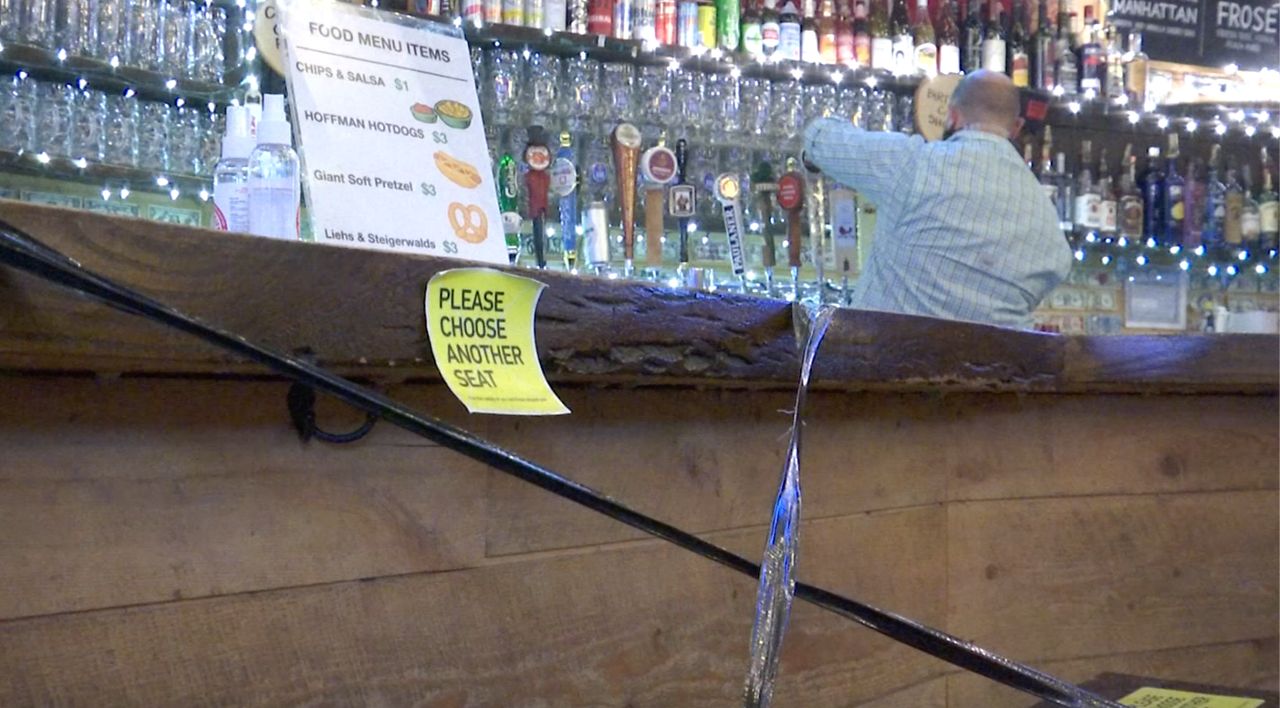 "I think the hardest part is probably just been the fact that we have to limit the number of patrons indoors, although we completely understand that," said Joseph Jones, general manager of Wolff’s Biergarten.

Governor Cuomo announced a surge in COVID-19 cases, with statewide positivity at 2.9% As a result, Cuomo ordered gyms, restaurants, and bars to close at 10 p.m.

"Historically speaking, we would usually have our busiest times between the hours 10 and midnight. So that loss of hour is definitely impacting us," said Jones.

Bars and restaurants are also seeing losses as the weather gets colder and outdoor seating is no longer an option.

For indoor seating, new regulations say only four people can be seated per table.

"We allow people to bring in their own food if they’d like. They can enjoy grub hub or whatever they like so they can still have drinks here," said Jones.

Community members say they know it’s scary to think of going out during this time, but know the importance of supporting local businesses.

"If there’s anything anyone can do to support local restaurants, local bars, still order, still eat out," said Walsh.