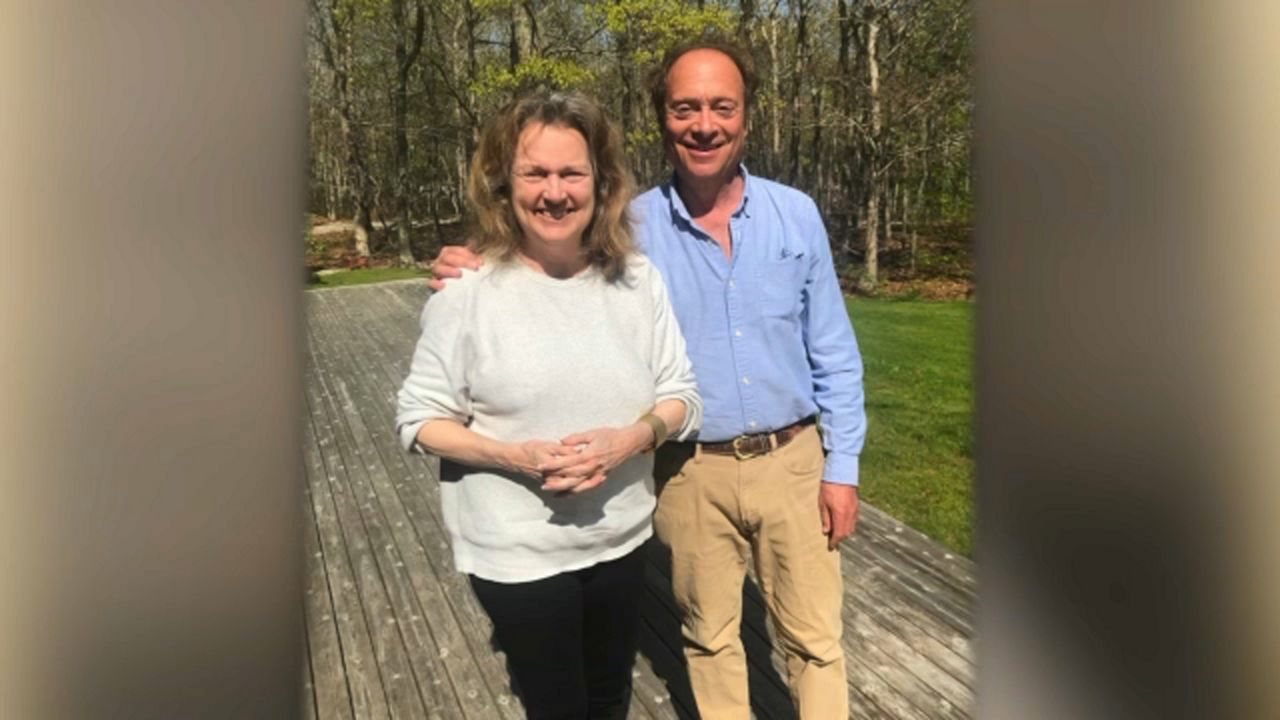 Dementia Caregivers Struggle With Their Mental Health Amid Pandemic

Every day, David and Linda German flip through the photos documenting their wedding day and the life they’ve built together over their 29 years of marriage — a milestone they celebrated in May.

David is as enamored with his wife as ever, acting as her main caregiver through her Alzheimer’s diagnosis at 62.

“A person in Linda’s stage likes to look at old photos. We go through them every day — it’s from our wedding to our daughter, Emily, to her friends,” David said. “We really do relive the old memories all day.”​

In the six years since, David has been by his wife’s side as the disease progresses.

Then, the COVID-19 pandemic hit — and it hit New York the hardest. Once the epicenter of the virus, the state accounts for over 31,000 deaths of the over 125,000 total deaths in the U.S. even as it begins to see a decline in new cases.

Today's update on the numbers:

The virus not only impacted Americans’ physical well-being but also their mental health.

More than four out of 10 U.S. adults’ mental health has been negatively impacted by the COVID-19 pandemic, according to a Kaiser Family Foundation poll released in April. David and Linda’s story is just one story as unique as the people behind that statistic.

Both David and Linda worked in the garment industry in New York and met through friends.

“Linda was a top executive at Liz Claiborne, really broke a lot of barriers and was thought of highly in the industry in so many different ways, besides being bright, being nice, being personable,” David said of his wife.

In 2014, there were an estimated 5 million adults who were at least 56 years old with dementia, and that number is projected to be nearly 14 million in 2060, according to the Centers for Disease Control and Prevention.

“It’s an amazing change what happens with Alzheimer’s because here you have someone who is one of the brightest people you ever met that doesn’t know what a bathroom is anymore or has trouble eating,” David said of his wife.

Loneliness is linked to an increase in early death, with social isolation increasing early death by 29 percent, according to a meta-analysis of 3.4 million people.

Even as New York continues to move into phased reopening, social distancing is still recommended and gatherings are limited to 25 people for Western New York, the Capital Region and Long Island, where David and Linda live.

“You’d always have people come by the house and interacting and I think it’s very positive,” David said. “With the COVID-19, that really had to come to a stop.”

That’s where the online support and programs from the New York-based nonprofit Alzheimer’s Foundation of America (AFA) came in.

David first heard of the organization early during his wife’s diagnosis.

But throughout the pandemic, the organization has different programs that help serve both the needs of the person with dementia and the caregivers, Charles Fuschillo, Alzheimer’s Foundation of America CEO and president, said.

Starting July 8, AFA will provide free, confidential memory screening digitally every Monday and Wednesday from 10 a.m.- 4 p.m. EST. The program is open to everyone with no insurance requirements or minimum age.

There is no cure for Alzheimer’s, but AFA funds research to help find one in addition to offering support and services to families afflicted by this.

“It’s going to be too late in our case,” David said. “But I think they’re on the right trail. It might be five or ten years or 15, but it’s great to see people out there every day really trying to beat this disease. ”

German has two pieces of advice for caregivers to those with dementia: make new memories with your loved one and get help and support.

“Use your friends, use anybody you know, use the Alzheimer's Foundation of America,” David said. “Don’t try to do this alone, the depression will be tremendous and besides that, it will hurt your health terribly.”

To make an appointment for free memory screening or learn more about the Alzheimer’s Foundation of America, visit their website or call their national free toll helpline at 866-232-8484.