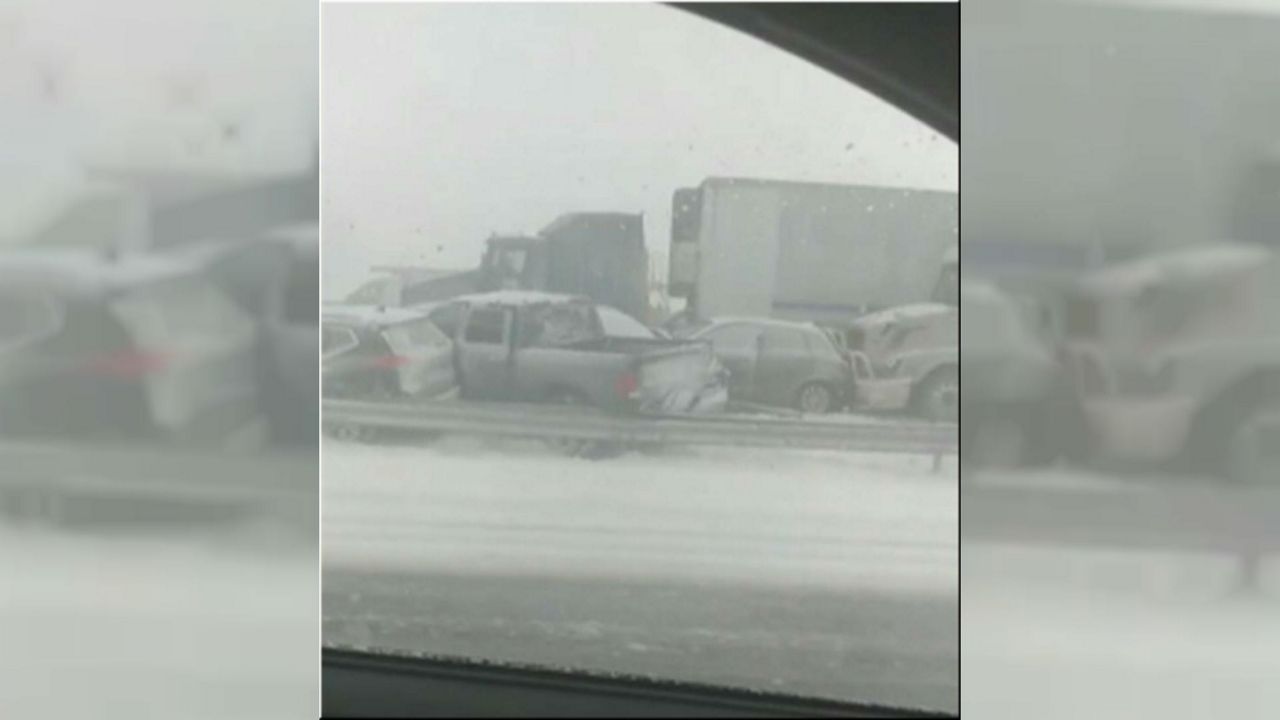 LANCASTER, N.Y. -- One man died in a series of crashes, involving an estimated 75 vehicles, on the eastbound lanes of Interstate 90. That side of the Thruway was closed between exits 50 and 49 until just before 10:30 p.m. Tuesday.

New York State Police identified 64-year-old Edward Torres of Elba as the person killed. His vehicle was not able to stop and hit a tractor-trailer that had abruptly stopped, according to officials.

Troopers also said one person was taken to the hospital, where their injuries were described as life-threatening.

Before the crash, wind gusts pushed even the most winter-ready vehicles all over the roads, and with blasting snow coupled with temperatures in the teens, which made any flat surfaces slick, the most hardened Buffalo drivers had to take it slow.

"A big wall of snow, can’t see anything, suddenly there's cars swerving in front of me and I hit the brakes as fast as I could and next thing you know I'm rear ending a semi,” said Rochester resident Cory Zeiner.

"We saw the brake lights, we broke and lost control and ended up on the side of the road," said Brockport resident Tyler Brew.

Brew was on the way to his girlfriend's parents' house, but instead, found himself stranded. While waiting for help he saw a man get out of his car — what he saw next, he'll never forget.

Brew says he's unsure what happened to that man and it's unclear whether he was the one person killed in the crash.

"I asked a fireman and they said they were working on him now, but I'm not sure what happened," Brew said.

Those stranded waited hours as the chaos was sorted out. Two buses with about 50 people were brought to the Garden Place Hotel.

"When they came in they were all shaking because they were out in the cold for three hours,” said Veronica Knittel, Garden Place Hotel sales manager. “So they were shaking head-to-toe, some of them were wet. So we gave them blankets, coffee and tea; a lot of them were crying so I tried the best I could to calm them down."

Taking hospitality to the next level, the hotel acted as a shelter, with more than half of those stranded booking hotel rooms at a discounted rate, while others like Brew waited to be picked up; happy to be safe.

"Having gone through everything you're just happy you're here,” Brew said. “We're at a hotel, we're warm right now. You're watching on TV and it's just weird that it's happening to you right now."