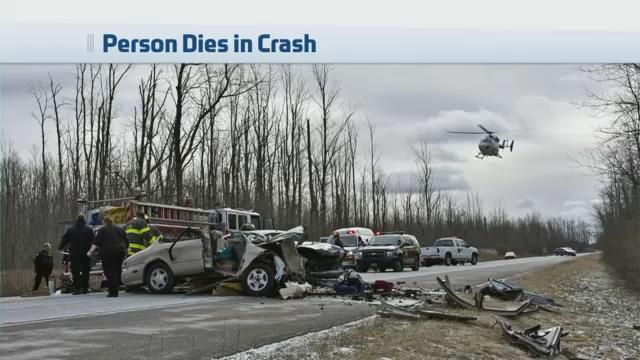 LOCKPORT, N.Y. -- Troopers say 54-year-old Peggy Ray, of Niagara Falls, is dead and another injured after a head-on crash on Route 93 near Hinman Road in the Town of Lockport around 10:40 a.m. Thursday.

Both victims were taken to Erie County Medical Center, where Ray later died.

The other driver is expected to be OK.

There is no word on what caused the crash.

No charges have been filed yet.