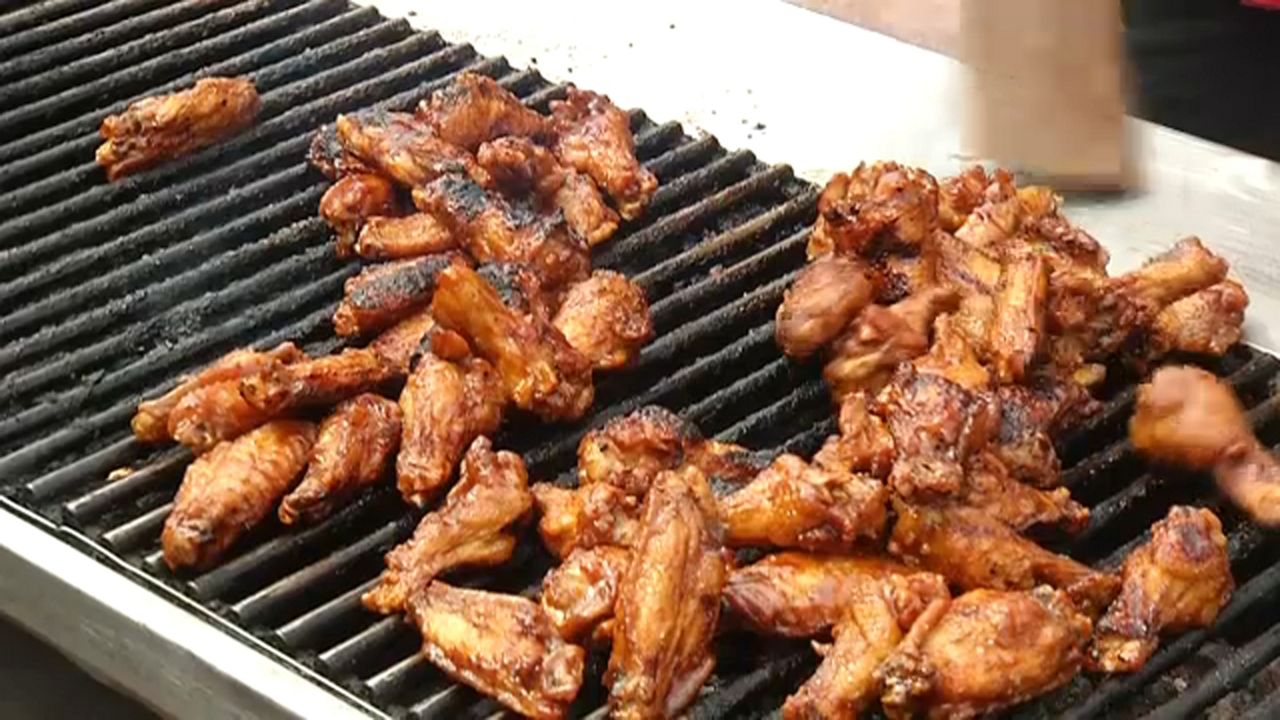 National Buffalo Wing Festival returns this weekend; will be held at Highmark Stadium

BUFFALO, N.Y. — The National Buffalo Wing Festival is back this year with a new venue, but the same enthusiasm and excitement that it has generated for two decades. The festival is taking place this weekend at Highmark Stadium in Orchard Park

In 2019, the festival drew more than 60,000 people. Last year it was canceled because of the pandemic, but it’s back for 2021 and expected to draw big crowds.

Vendors from all across the country, like Booty’s Wings Burgers & Beer in Arizona, have flocked to Highmark Stadium in Buffalo.

Good morning. We are at @BillsStadium for a peek or taste of the upcoming National Buffalo Chicken Wing Festival. We’ll talk to the Wing King and Booty’s! @SPECNews1BUF pic.twitter.com/3ShxFAilPm

Thousands of pounds of chicken wings and a variety of sauces and flavors are expected to be consumed this holiday weekend. There will be other exciting events like the National Chicken Wing Eating Contest.

Organizers say after 20 years, the event is still a large community draw.

“I think two things," said Wing King Drew Cerza. "The spirit of a Buffalonian. To take the pride in that chicken wings are called Buffalo wings all over the county. I think that we’re all proud that we own these. These are ours. And the chicken wing... chicken wing is a fun and exciting food. It’s not boring, it’s not a meatloaf. It’s chicken wings. You can try different sauces, different ways to eat it. It’s just a fun food and when you’re eating chicken wings, you’re always having a good time."

Tickets can be purchased at the gate or online. Parking is included and there is plenty of space.

The festival runs from noon to 9 p.m. on Saturday and noon to 7 p.m. on Sunday.