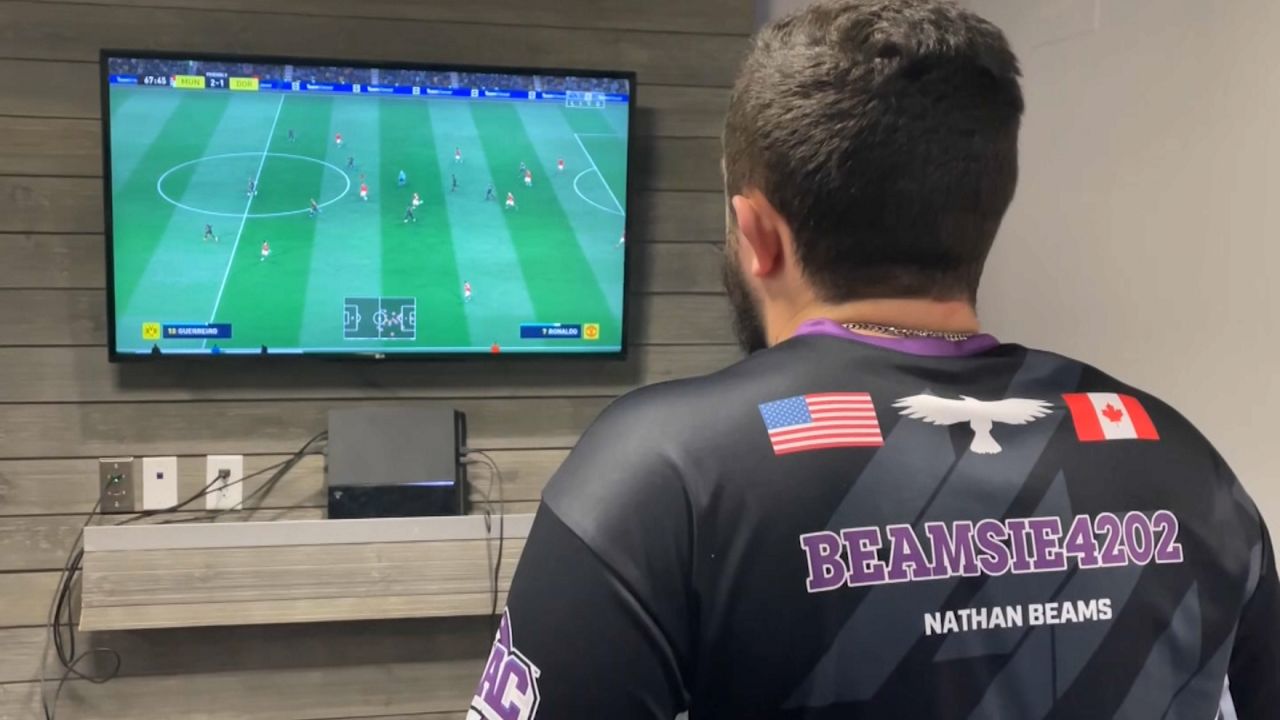 LEWISTON, N.Y. — It's been years since the face of college DI athletics has changed to make room for things like PCs but as cool as that is, what's been the payoff?

"I see it as some if you're not exactly the most gifted academically but you can compete in an esports team," said Niagara University sophomore Nathan Beams, better known by his teammates as Beamsie4202. "You know, you can give yourself a better chance of doing something that you love to do and also making a name for yourself in that kind of aspect."

Graduation is a ways away for Beamsie. He didn’t even know there was an Esports team until after coming to Lewiston, but much like the opportunities that come with immersive Esports clubs and technical majors.

"It's growing so big so much and just the fact of how rapidly it's expanding," he said. "It gives a new perspective of oh, you get the full experience. Whether you're on the field or behind the console."

Beams is a FIFA soccer specialist. He's checking in with recent alumni Jacob Arends who was on the school’s League of Legends team.

"What have you kind of seen like as opposed to like playing them versus kind of now kind of operating it?" Beams asked.

"I personally like coaching and helping the team out and seeing how they improve not only become better at the game, but become a better person, a better student," answered Arends.

Since graduating, Jacob works cyber security IT for a company in North Carolina and volunteers his time to coach UNC Charlotte’s Esports teams – recognizing what his experience playing for the Purple Eagles gave him.

"You're learning those softcore skills such as communication, teamwork, leadership," said Arends.

Jacob would love to see a pipeline of opportunities extend from middle school to past higher education.

"If you think about how many collegiate baseball players go professional, not every single collegiate player goes professional," Arends added. "Maybe they're still involved in the space and that's exactly what I want to see with Esports."

Pointing to positions from professional gaming to content creators to marketing and development.

"I think we're barely scratching the surface at what people can truly become after the fact," Arends said.

At its core, Esports is a team builder and personal equalizer.

"The skills are always going to be the same no matter if you're on a traditional soccer field or on a virtual one," said Beams.

The sport and everything that comes with it has a bright future.

"It's one of those things that it helps you in your future if you don't know where you want to go, if you know what your goals are, having that capability to begin with," he added. "It definitely had an influence on I'm sure a lot of us."

Continuing to make waves past this first generation of collegiate gamers.

"It's one of those things that impacts us all in different ways," Beams said.

The UNC Charlotte Esports team that Arends helps coach was nominated for best college Esports program. While the team did not win, it shows the commitment schools and communities are making in those opportunities.