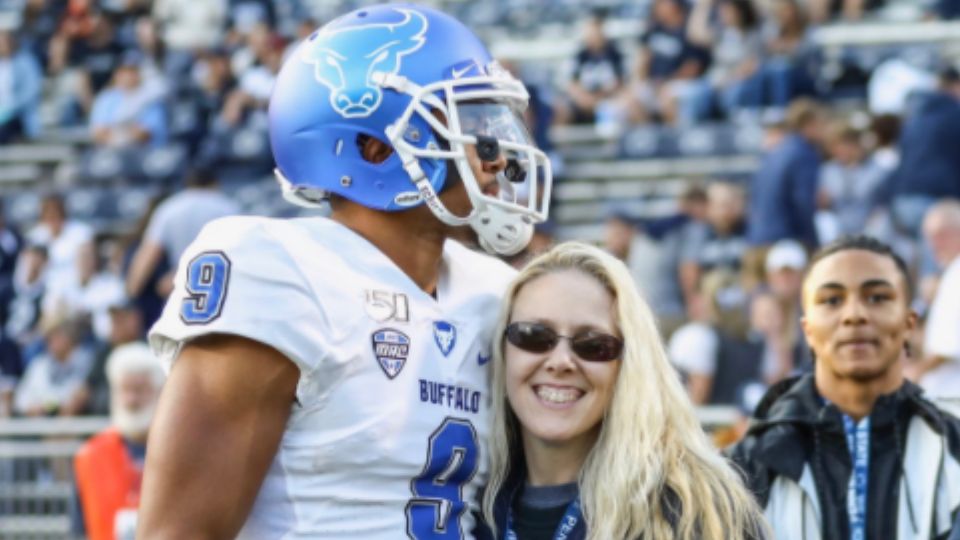 From the football field to the basketball court and in the class room UB's Dominic Johnson has always had a full plate.

"I just love competing and those are two of the most competitive sports," said Johnson.

But what filled that plate was much different a decade ago.

"It's a really long, crazy story. We were homeless for about three months. My mom has six boys trying to get us to events, had us in school, and was going to school to be a lawyer. Watching her hustle and everything she did for our family, she always made it work for us," Johnson added.

Dominic had to make it work, too taking on extra responsibilities most 12-year-olds can't comprehend.

"Some of those things were like if I had to walk my brothers to school. They were very young. We weren't living in the best neighborhoods or best situations," said Johnson.

Those moments molded Johnson into the student-athlete he is today.

"I stepped into that role as a leader and had more eyes looking at me than most kids do at 12," he added.

The adolescent hardship also formed Dom's perspective on life, always wanting what's best for his family. At UB football is family. When they needed him to switch positions he went all-in.

"When the quarterback position didn't work out how I had hoped. I had been in Buffalo for four years now. I loved the team, I loved the coaching staff. How can I best help the team win? With talking with the coaches they saw my athleticism with the basketball team so they thought I could help at the receiver position so we went from there," said Johnson.

Dominic hauled in six catches and a touchdown in year one at wideout. He's grinding as we speak to improve those totals in season number two. Further down the road Dom told me he wants to use all his life experiences and master’s degree to someday teach and coach young minds. As for mom, well, she just made partner at her firm.