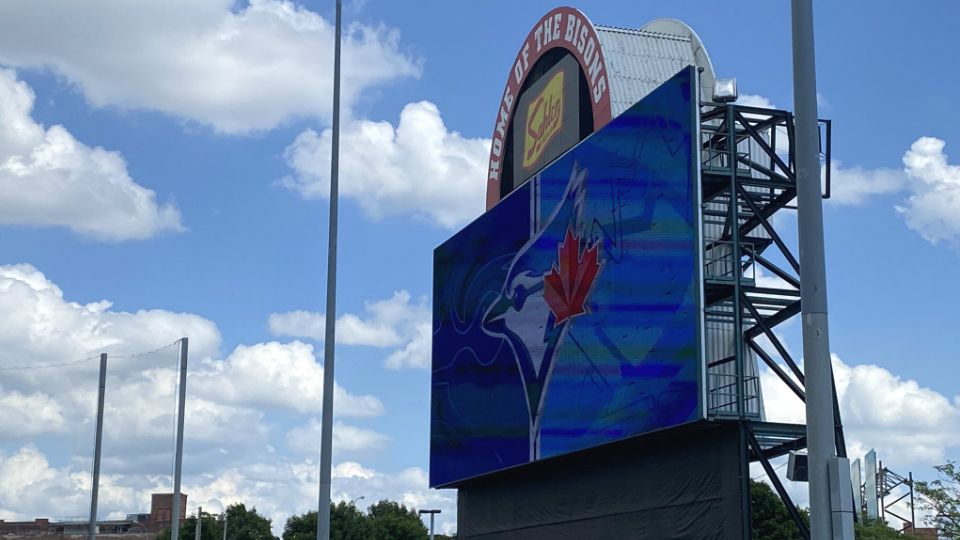 It's been 105 years since a Major League Baseball game was played in the Queen City.


That all changes Tuesday night as the Toronto Blue Jays prepare to play at Sahlen Field, the team’s new temporary home for the season.

The most recent major-league team in Buffalo was in the Federal League.

This AM: A look at #Buffalo's baseball history courtesy of @HERDchronicles. Today ends the 105 year MLB game drought! Here's a picture of the 1915 Buffalo Blues. More at 6 @SPECNewsBuffalo #YMB pic.twitter.com/SEwmh8RK8X

You might be wondering why I’m not wearing a glove.

“Players didn’t wear gloves in the field, except for the catcher and first basemen,” Frank said.

Well, we’ll say that’s the top of the first fun fact in our history lesson thanks to Brian Frank.  The Kenmore elementary school teacher is the author of The Herd Chronicles.  It’s an online home run for all things Buffalo baseball.  That run, regarding gloves takes us back to 1877 when the Buffalo Bisons entered the top of their first inning.

At that time pitchers couldn’t throw over hand either.  And, it took nine balls for a walk.  That evolved, like the game here in Buffalo.  In 1890, the Players’ League team, the Bisons, spanned the outfield.

In 1914 Buffalo had a Federal League known as the Buf-Feds.  Rounding the base to 1915 and we have the Buffalo Blues.  We did almost have the Boston Red Sox it the 1901 when the American League began, Buffalo has nice ring to it.  In short, Frank says we got double crossed.

Top of the 1st- The Bisons take the mound in 1877. At that time, really no one wore gloves and pitchers weren’t allowed to throw overhand. In 1879, they became members of the National League.

In the 1960s if the Continental League hit a home run, Buffalo had another chance.  The 80s and early 90s there was a push to expand MLB.  Sahlen Field was built with the hopes of luring a team.

“Now it’s happening, so this is huge,” Frank said.   “Even though fans can’t go to the games, it’s still the civic pride. Watching a game here between the Blue Jays and Red Sox, the Yankees or Mets and saying,’ That’s where I normally sit,’ that’s a big deal.”

Top of the 2nd- Were in 1890 were the Bisons played in the Players’ League. pic.twitter.com/McGCa6sK3e

Top of the 3rd: It’s 1901 and we are almost the Buffalo Red Sox. Turns out Boston had a better space for a field. (Fenway Park is pretty amazing.)

Frank is taking it all in, as he believes based on history, this might be Buffalo’s only MLB grand slam for a while.

Frank is already penning what's taking place right now. He doesn’t believe the games will continue at Sahlen Field after this season, based on the history of baseball in Buffalo.