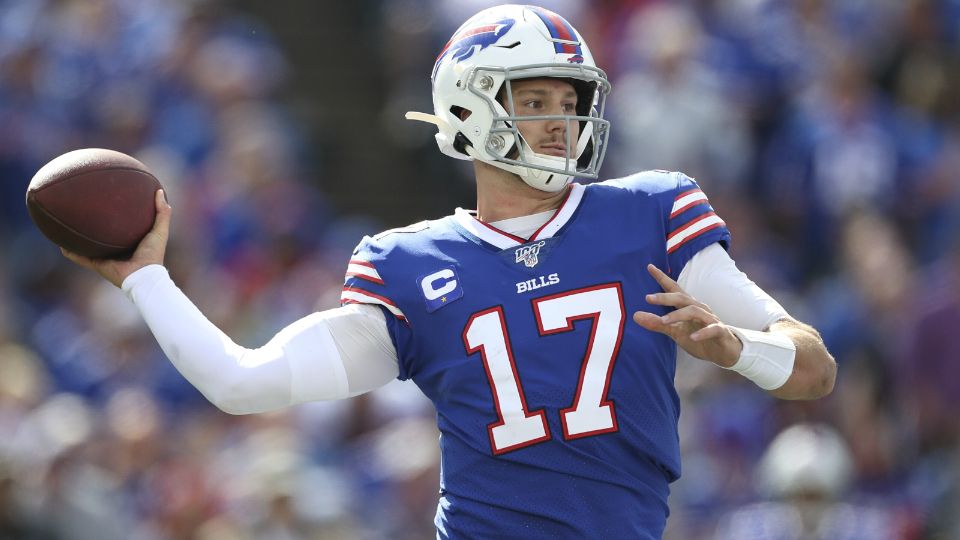 Before the season started, I crunched the numbers of recent first round quarterbacks to see what reasonable expectations were for Josh Allen in his second season in the NFL.

In the end, the projections were not too far off from what unfolded.

Game-by-game, only once did Allen have his QB rating drop in consecutive weeks (Week 3 vs. CIN to Weeke 4 vs. NE). After throwing three INTs against the Patriots, he only threw 3 the remaining 13 games. While he's yet to eclipse 300 yards passing through 29 career games, Allen went over 200+ passing yards in 10 of the 18 games played this season.

Here's how Allen's second season compared to those 15 QBs I looked at before things began.

All in all, the stats show that Allen took steps forward, while still being way behind most of those other former 1st rounders in passing yards.

But as you all should know by now, I'm more of an "eye test" kind of guy.

What I saw from Allen's passing game was improvement in decision making. His need to push the issue down the field really let up, accepting the easy throws underneath far more often. Still, ball placement needs to be better. There was very little yards after the catch following his completions. Some of that is on the pass catchers, while the other part is on Allen hitting guys in stride.

Touch was also an issue. The most obvious examples were on deep passes, but Allen also missed on intermediate throws. Just look at early in the Baltimore game, throws missed to John Brown as well as Dawson Knox. There were two instances, early and late at the Patriots, where Knox was missed for open TDs. I'm sure you can think of others spanning the rest of the season.

To be fair, Allen also making throws both from the pocket and on the move that had my jaw drop. Rolling to his right against his own goal line and hitting Knox in a tight window in Dallas. The deep throw with pressure in his face to Brown in New England may be the best toss of Allen's career.

This snap shot or good and bad shows the lengths Allen has come while also illustrating the room still to grow.

And that, to me, is the most positive thing about Allen's second season.

For a guy considered a "project quarterback" coming out of college, Allen has had the arrow pointing up pretty consistently since his first career snap. There is no doubt it can be quite a wild ride at times, but overall steps are being taken forward.

But they are just that, steps, rather than the leaps seen by other young QBs across the league. For some of you, that may keep you more on the fence through two seasons and that is okay. I myself still think the jury remains out on Allen and all his fellow 2018 QBs.

Still, the talent has flashed enough for me to believe the strides should get longer for Josh Allen in 2020.