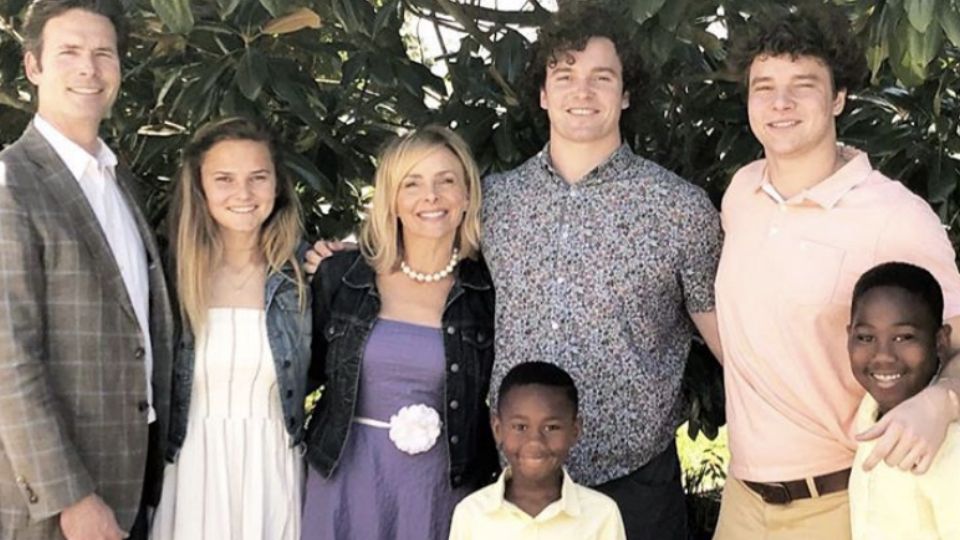 15-year-old Dawson Knox was the oldest of 3, learning to drive, while in the midst of trying to pave a path towards a college football career, when his family made a big decision to adopt a baby boy. And not long after, his brother as well.

"As those conversations started to happen we just started realizing that Isaiah and Nate felt just like blood brothers to us. It didn't come naturally at first,” Knox said. “As we kind of grew together and more time went on they opened up to us more. Nate was already two, so he was able to talk and all that, so he kind of already had developed a little bit. As he started opening up to us, we really just started getting really close. They're awesome. I can't imagine our family without him."

Knox is 3 years older than his biological brother Luke, and 6 older than sister LJ, so their relationships comprised of sibling rivalries and competition.​

The same can't be said with Nate and Isaiah.

"The natural age difference makes the role different. I felt more like an older, maybe an Uncle or something to them because I wasn't going through the same stages of life,” Knox said. “I was driving around with basically a newborn baby in my car with my mom in the front seat when we're going to get groceries. I didn't feel that same role as an older as I did with Luke. It's more of a parental older brother."

That includes video games and Pokémon cards. And the differences go beyond just age, but also color of their skin, noticeable to some, but not the Knox family.

"I don't look at them any different than when I do with Luke and Lucy James. Our family's incomplete without them. You take one of them away, you take Luke away it's like losing the same thing,” Knox said. “At first we did get those questions, those looks like: 'are you just babysitting? What's going on?' But anybody that knows our family, anybody that's close with us, any friends of mine loves them like they love our whole family. It's been incredible."

The athletic genes in the Knox family is incredible, with Dawson in the NFL, Luke following in his footsteps at Ole Miss, and LJJ getting soccer scholarship offers from major Power 5 programs.

All of these success stories with the younger brothers along for the ride.

"They're young right now and don't really understand that not a lot of people get the opportunity to play me, my brother and sister will be,” Knox said. “It's going to be interesting to see as they continue to grow. I know that they enjoy it when they come up for games... they have so much fun wearing the 88 jersey. They're my best fans. It's fun to throw the football around with them. I feel like I can do no wrong in their eyes, which is kind of nice. Kind of some pressure off of me that no matter what I do they love me and I kind of try and be a good role model for them."