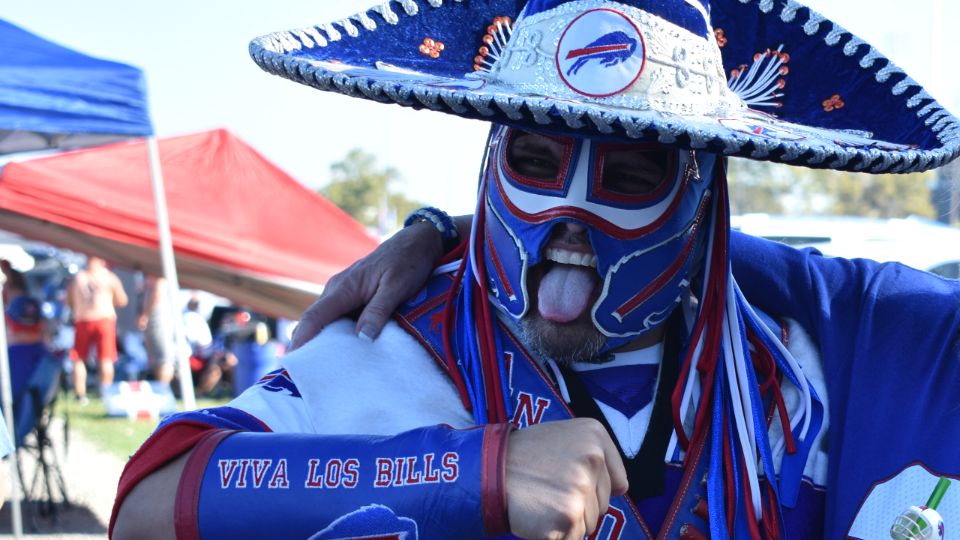 Pancho Billa died Tuesday after a long fight, but those who knew and admired him are carrying on in his memory.

The Texas resident, whose real name was Ezra Castro, passed away Tuesday following a fight with cancer.

He spent the past few weeks in hospice care.

A spokesperson said the Roswell Park Alliance Foundation has received dozens of donations from across the country in Ezra Castro's name to support research, education and patient care programs.

Pancho made a name for himself at Bills games over the years, dressing in a big sombrero and luchador mask, all in the red, white and blue colors of his favorite team.

Pancho's family tweeted the news, saying he was surrounded by his loved ones and they're forever grateful for the love and support they've received.

Our hearts broken as we have lost our dear brother ezra "Pancho Billa" this morning. We are thankful and forever grateful for all the love and support during this journey. Ezra was surrounded by family and loved ones. At this time we ask for privacy as we mourn our loss.

The Bills released a statement expressing gratitude for his dedication and sympathy for his family.

Pancho was a pillar of positive strength and energy for me and all of #BillsMafia. He’s been a tremendous inspiration for our team. I was fortunate enough to spend time with him and get to know his story. My heart goes out to his children, friends and family. Viva Los Bills! pic.twitter.com/UFBVMjMWDd

A Bills fan through-and-through, and an inspiration to us all.

It always amazed me how @PanchoBilla1 remained so positive every time we spoke over the past year. Even as times were tough and the pain grew, he always was smiling and believed. Rest in peace, my friend.