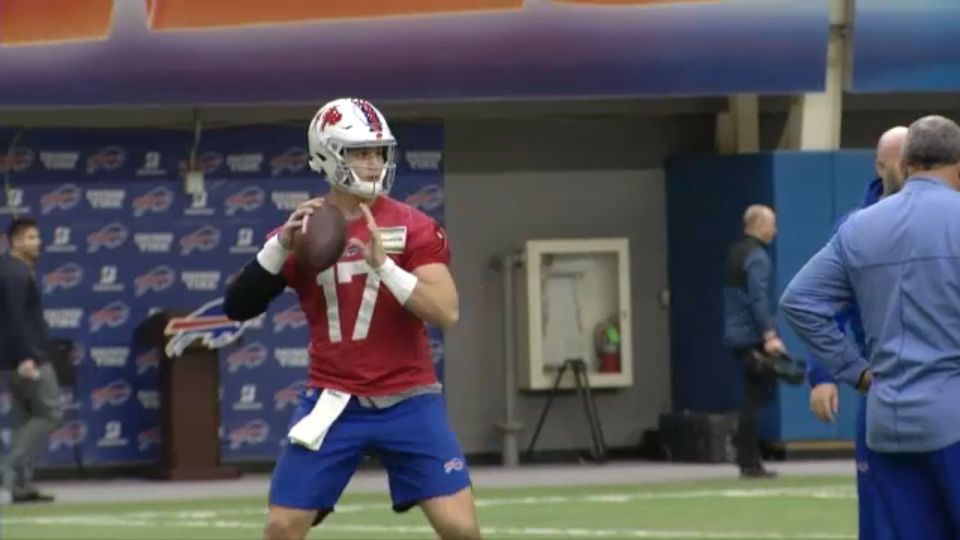 Allen Poised to Start Against the Jaguars

There's no shortage of storylines when two 3-7 teams play Sunday, including a rematch of last year's Wild Card game and the return of Doug Marrone to Buffalo, but there's another return to look forward to.

Josh Allen will be a full participant in practice today for the first time since suffering elbow injury. While not fully cleared as of now, Sean McDermott says it looks like Allen will start Sunday vs. Jaguars. #Bills

"I'm making throws where I don't have to second guess."

Josh Allen says he feels much more comfortable today throwing than he did when he first returned to practice a few weeks ago... and is preparing this week as if he'll start Sunday against Jags. #Bills pic.twitter.com/CYVdXaqajh

Josh Allen injured his elbow in week six versus Houston, but should he play, he'll be behind an offensive line that looked rejuvenated against the Jets, and will have newly-signed Deonte Thompson at wideout, along with the more consistent Zay Jones, rookie Robert Foster and Isaiah McKenzie, who also flashed talent.

McDermott says the #Bills knew they were lacking speed at WR and that’s part of the decision to bring back Deonte Thompson, along with having Foster and McKenzie in the fold.

Head coach Sean McDermott said that the Bills couldn't manage to keep four quarterbacks on the roster, but had nothing but praise for the embattled and recently let go Nathan Peterman. McDermott said there is no plan as of now to bring Peterman back onto the practice squad.

"Nate did everything that was asked. He's a class-act through and through."