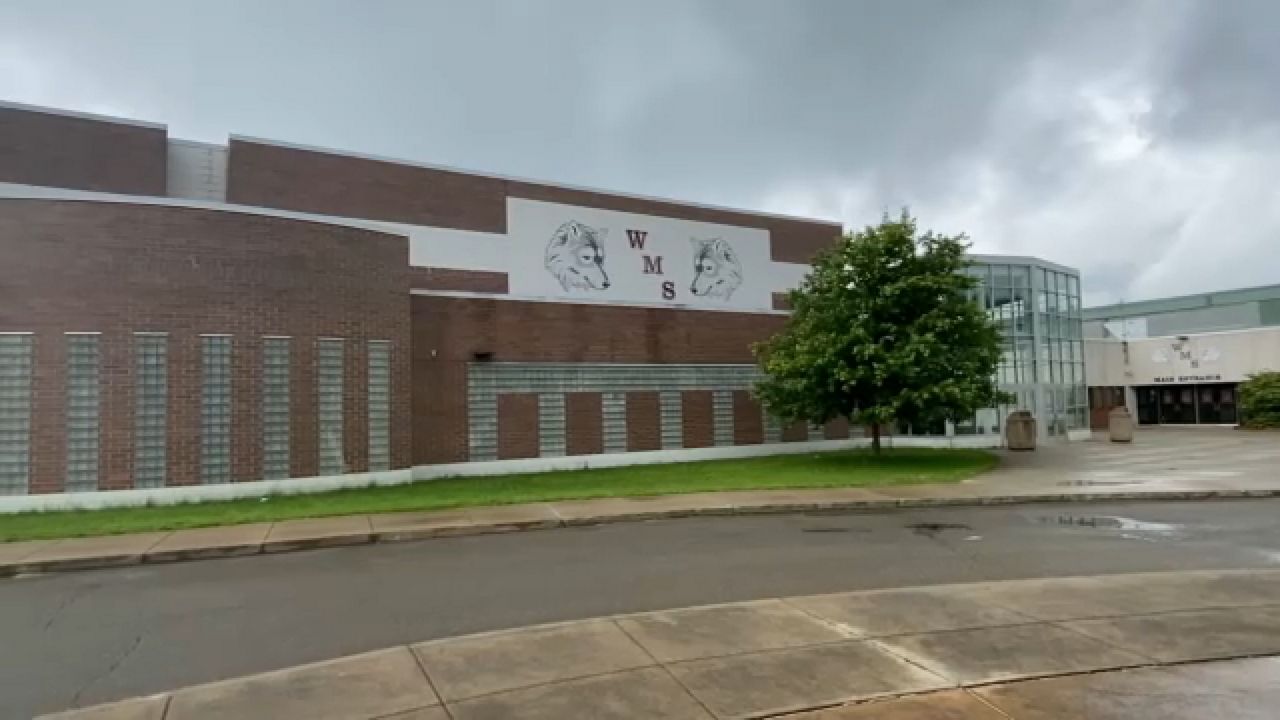 JAMESTOWN, N.Y. — Some recent mass shootings have been in larger cities like Buffalo and Philadelphia, but several of the nation's school shootings over the years have been in smaller communities like Littleton, Newtown and now Uvalde.

It's sparking some candid conversations between parents and students in rural areas.

Kellie Sims, a licensed mental health counselor with Chautauqua County's Department of Mental Hygiene, has been stationed full-time since February at Washington Middle School in Jamestown.

In addition to helping students, she's busy addressing recent acts of school violence, namely in Uvalde, Texas, recognized by a subtle glass-enclosed memorial in the hallway, as well as threats closer to home, like the recent non-credible one at nearby Ring Elementary.

"And I feel like it's the elephant in the room that nobody really wants to talk about," said Sims. "I like being in the building because it's more hands-on. It's all about relationship building. They don't see me as an outside person, I'm just one of the staff."

Sims encourages students to express their feelings, while she assures them the school is doing everything it can to keep them safe.

She also invites parents and teachers to initiate discussions to get a sense of what their kids are thinking.

"Sometimes kids are open with their worries and concerns and bring it up," Sims said. "I think it's important for us to talk to the kids about it as a parent asking the kids if they feel safe."

"From where I sit at today is how normal it's become," said Carmelo Hernandez, head of Chautauqua County's Department of Mental Hygiene. "But we think you know it possibly can't reach us up here. Or out of sight, out of mind."

Hernandez says people are doing themselves a disservice to think violent acts can't happen in their community.

He says rural communities across the state similar in size to Uvalde or Sandy Hook need to be more proactive inside schools, create plans, perform drills and be aware of their surroundings.

"See something, say something to keep ourselves safe and most definitely our children safe," said Hernandez. "But I think if we come together as one, one team, one fight, I think that's the way we really get ahead of this."

Ludwig says there must be strong communication between parents and schools in rural areas so kids can talk about incidents in class and at home.

"You want to be the authority, you want to be a strong presence in their lives, but being able to say when something is scary," Ludwig said. "We can't pretend that things don't happen, so there is a partnership with the school."

Schools like Washington, where Sims will continue to focus on student safety, welcome the start of a new school year in September.

"Building relationships with the kids, talking to them, finding out what their concerns are," Sims said.

There are a handful of other school clinics in the county as well.

County mental health leaders advise parents to refrain from pointing fingers and assigning blame on social media, which can often fuel the fire. Instead, they suggest parents take that passion and use it in a positive way to promote prevention and create awareness of the issue.