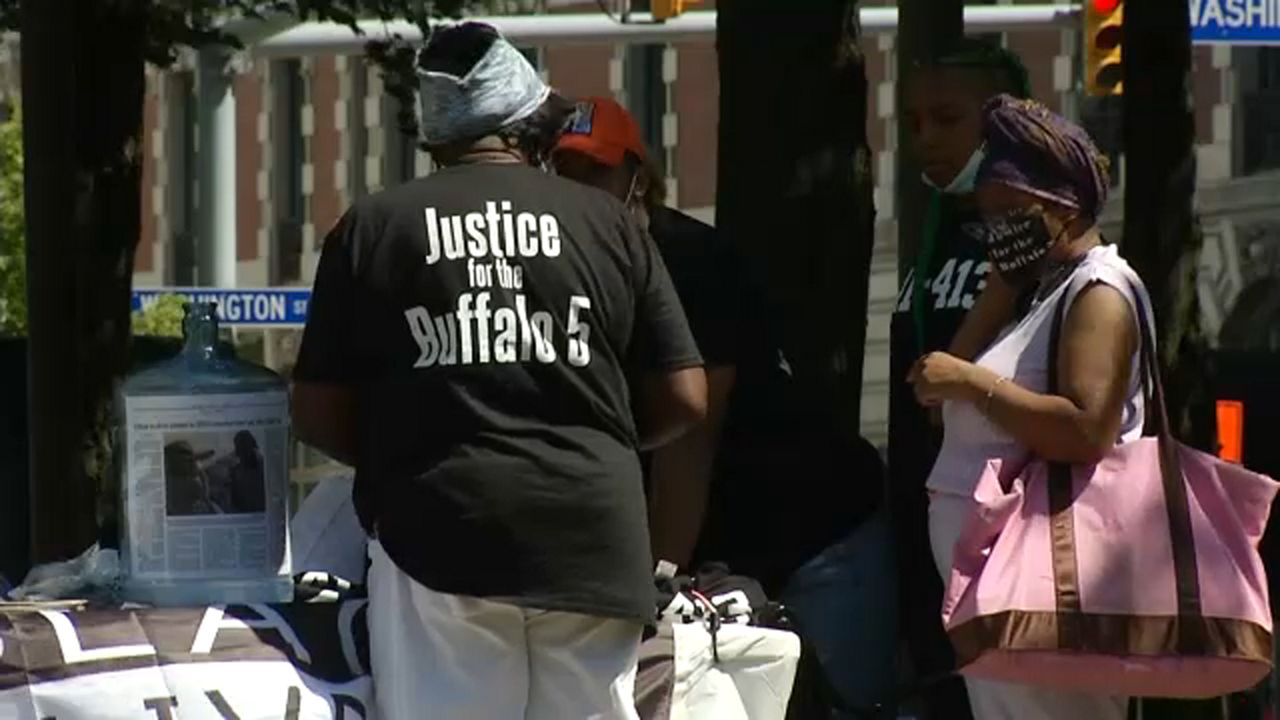 A group of friends are still fighting for justice, more than four decades after they say they were wrongly convicted of murder in 1976.

The so-called "Buffalo Five" held a rally on Friday.

They were accused of killing a 62-year-old man on Fillmore Avenue.

Three of them were convicted, and altogether they served 84 years in prison. Today, only three of the five are alive.

They are seeking an exoneration to clear their names.

The men say seeing people show up for their cause means the world.

"For the Buffalo Five, it's overwhelming. You know why? Because for so long we had no one that was really listening to us," said Buffalo Five Member Darryl Boyd. "We had no one. Because we was incarcerated. We came home and we started to move, but it's indescribable."

The group is trying to get the attention of State Attorney General Letitia James. They believe she would fairly hear their case.