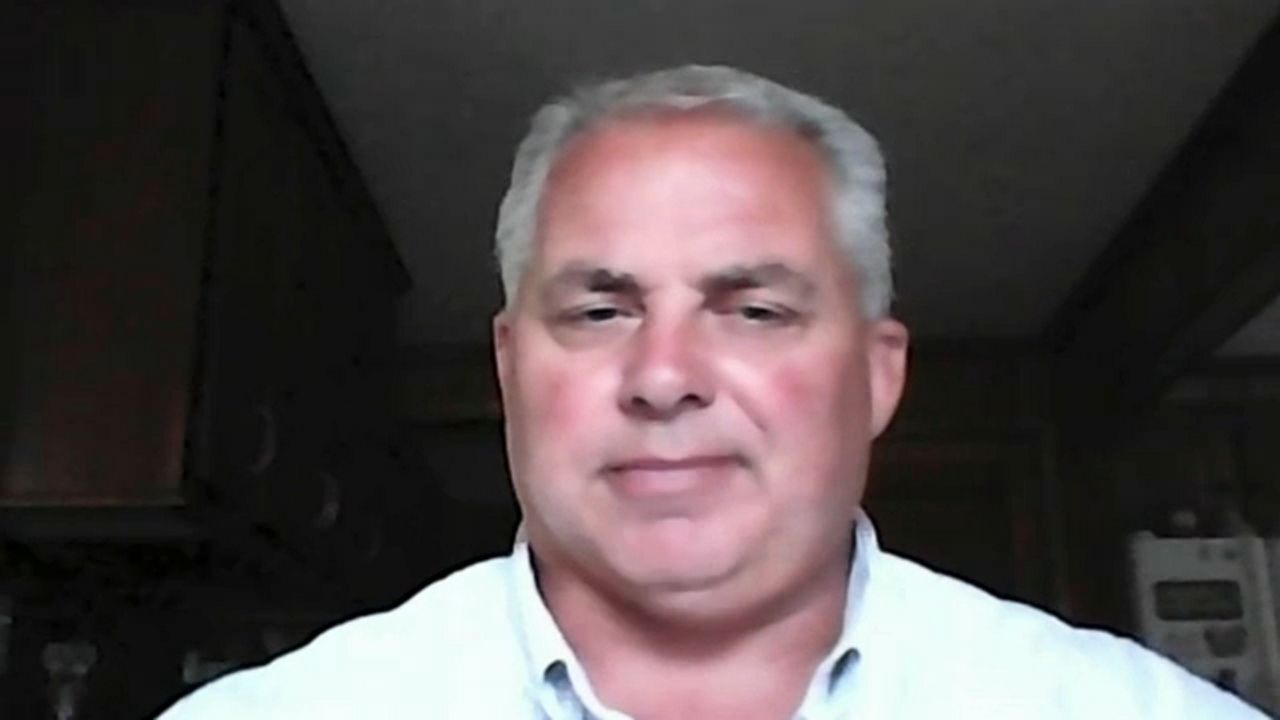 After weeks of protests, many are calling for police reform. The Buffalo Police Benevolent Association President says he isn’t confident about what that would look like.

“Apparently, we do have a mayor, but I don’t put any confidence in him and his ability to lead us through this,” said Buffalo PBA President John Evans.

All eyes were on Buffalo when two officers pushed Martin Gugino, 75, to the ground. Robert McCabe and Aaron Torgalski were later charged with felony assault.

Evans doesn’t believe they should be facing any charges.

“They gave them four orders to get back. The FEMA standard is two and again they did their jobs to the “T” and it’s disturbing the treatment they are getting.”

Instead, he believes the Emergency Response Team was following the orders of Deputy Commissioner Joseph Gramaglia to clear Niagara Square that night.

In a CNN interview, Mayor Byron Brown said, “the Buffalo Police Union is on the wrong side of history.”

People across the country and here in buffalo are now calling to defund the police and put more money into community resources. Brown issued an executive order this week calling on police to stop arresting people for low-level, non-violent crimes and instead issue appearance tickets.

“He hasn’t called us or called me with any type of plan to show us any details. He talked about the low level but didn't define what they were. An appearance ticket is an arrest. There’s a faction that wants on-site appearance tickets, but those don't exist. It's something that's never been done. They have to be created,” said Evans.

City spokesperson Michael DeGeorge says, “the spirit and intention of the policy is to have officers effectuate custodial arrests only when it is absolutely necessary.”

Evans says officers are now confused about how to police.

“Yes, they're very confused. I think it was very poorly planned. We need leadership to put us on the right track," Evans added.

According to the city, Police Commissioner Byron Lockwood and his management team have begun the process of communicating with uniformed personnel regarding the executive order, including appearance tickets.