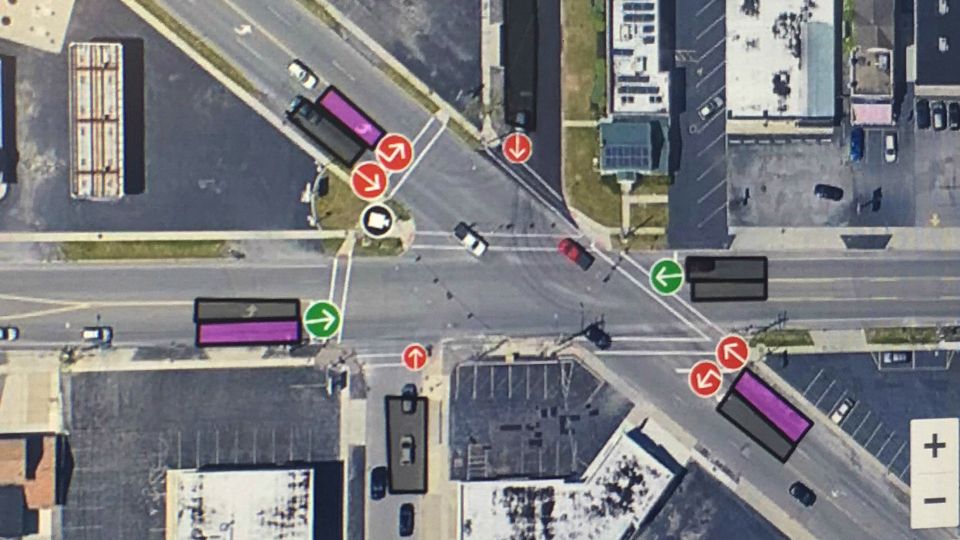 Town of Tonawanda First To Use Smart Traffic Cameras

The Town of Tonawanda has found a solution to traffic congestion with Miovision's smart technology.

The software detects cars and manipulates traffic light patterns so that drivers are not stalled for too long.

"It will control whether the signal should turn green, or skip the green light to give more time on a main road," said Matthew Sutton, Town of Tonawanda engineer.

#NOW @SPECNewsBuffalo got a Behind the scenes look at the @Miovision Pilot Program in the @TownofTonawanda . A $120,000 grant was awarded by @NITTEC to install the technology on Brighton Rd to ease traffic congestion. #TrafficAlert #traffic #technews pic.twitter.com/O2QjBchbjC

The town is the first in New York state to launch this pilot program funded with a $120,000 grant.

Bell cameras and sensors have been installed at six intersections of Brighton Road. The town says data on traffic patterns are the only things being collected through the system.

"The technology isn't really trying to gather personal data," added Sutton. "It only cares what you are, not who you are."

Sutton says the system has saved them money since being installed in August. He says traffic employees make far less stops at these intersections.

"That's a benefit to the town that you don't have to have someone out there right next to traffic on a regular basis doing work," said Sutton. "They can do more work sitting in front of a commuter like this than they used to."

The Town of Amherst is the second municipality hoping to get on board with this system. They currently have a camera off Flint Road, but Town Supervisor Brian Kulpa says a grant is necessary to include them in at least 65 intersections of the town.