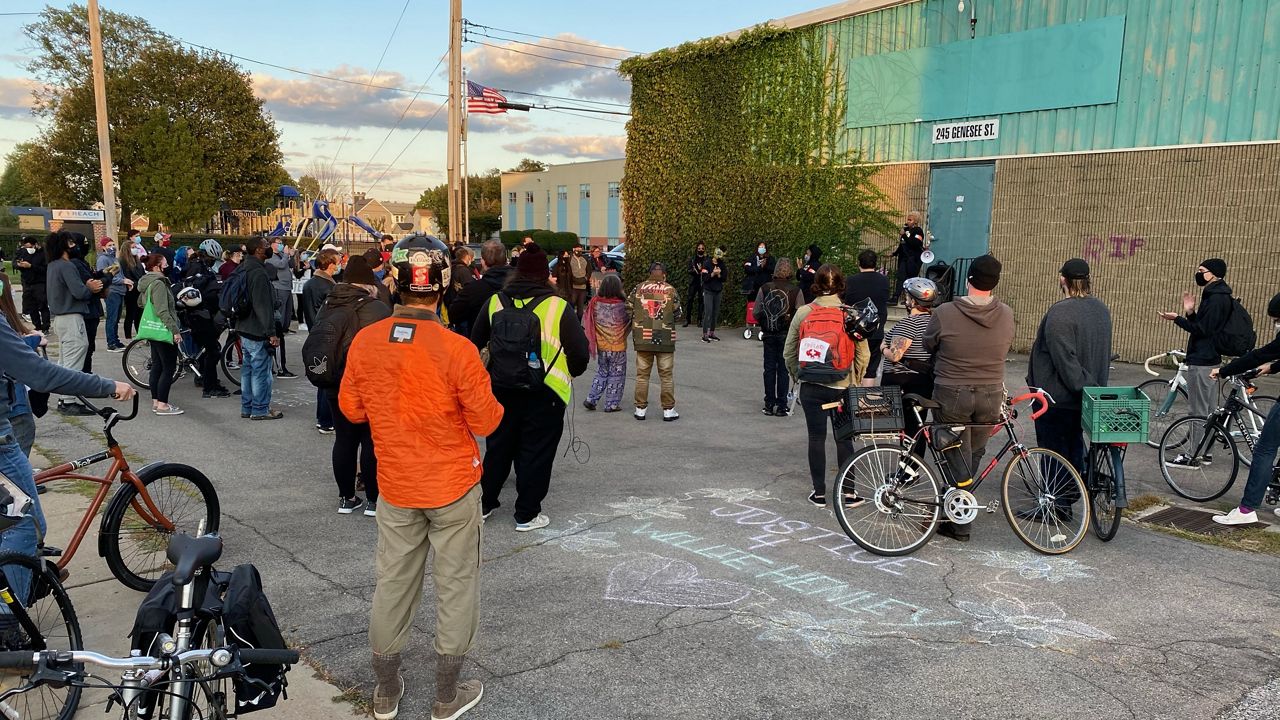 Summer may be winding down, but protests calling for change aren't.

Dozens took to the streets of Buffalo Friday evening to send a message to law enforcement.

They chanted things like "Black Lives Matter," "Back Up, Back Up, We Want Freedom, Freedom," and "No Justice, No Peace."

This was the latest round of protests in a week full of them after Buffalo Police shot a bat-wielding man who was going through a mental health crisis downtown last weekend. Willie Henley, 60, now faces felony charges after police say he hit one of the officers on scene with a bat. Now there are calls for Karl Schultz, the officer who shot him, to be held accountable.

India Walton, one of the leaders at the protest said, "A rotten system, a commissioner who is not qualified to discipline his officers, a union president who was protecting bad actors, and they all need to go."

Near the spot where Henley was shot, protesters held up pink slip posters with Schultz's name and other officers they think should be let go.

One woman describes a negative experience she had with law enforcement.

"I was pulled out of my living room barefoot pregnant in the snow for a charge that I was found not guilty of, for a frivolous charge that he had no warrant to run into my home and assault me," said Dominique Calhoun, who attended the protest.

She says the incident from 2015 has left her with PTSD and her daughter with a heart murmur doctors told her stemmed from the run-in with police.

"I would like to see him punished. He gets to go home to his home in Clarence and pretend like nothing ever happened, which is just not right,” she said.

As a result, she marches along with her fellow Western New Yorkers to bring about change and reform to a system she considers flawed.

"Through the pandemic, people's eyes have finally been open about what's going on. With cell phone footage and Facebook, people are finally seeing that all officers aren't good, officers you know you have some bad apples in the bunch and we have to start weeding these guys out because they are causing the true division," she said.