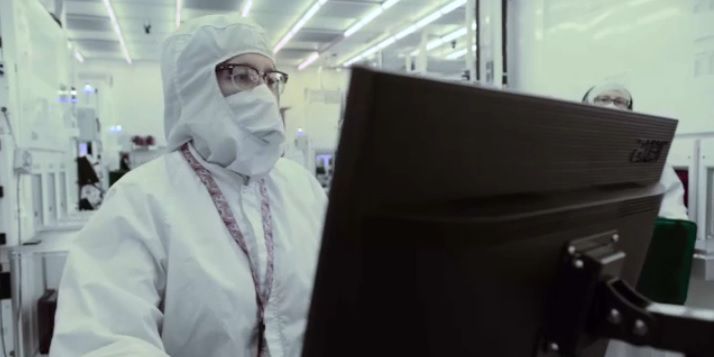 The Albany NanoTech Complex, slated for a 300,000-square-foot expansion within the next two years, is prepared to build upon its work innovating and designing microchip prototypes and accelerate their commercial manufacturing as the next big technological advancements develop.

Semiconductor microchips are the backbone of modern technology most people use in their personal and professional lives, including cell phones, automobiles, household appliances, health care equipment and more.

Officials hope the recent signing of federal and state legislation to promote semiconductor manufacturing will turn Albany NanoTech, a research and development site for the critical technology, into a hub for the future.

"This really is a strategic investment — it's a generational investment," NY CREATES President David Anderson said.

The recently signed CHIPS Act will invest $52 billion over the next five years to increase U.S. semiconductor manufacturing and invest in related research and workforce development.

The goal is to be able to compete with countries like China as ongoing shortages from the COVID-19 pandemic highlight shortcomings.

"A lot of manufacturing moved offshore, and with that went a lot of skilled workers," said Shadi Sandvik, SUNY's senior vice chancellor of research, innovation and economic development.

NY CREATES owns and operates Albany NanoTech, which hosts companies like IBM, GlobalFoundries, Samsung and several others. SUNY is a major partner for the operation, helping to run the site, which is ready to expand research and development of silicon wafers — or a thin slice of high-purity silicon that holds hundreds of semiconductor chips.

"Google, and Apple and Facebook... the government and media call them 'big tech,' but really, they're not tech at all," Anderson explained. "They're just software that's running on big tech, which are the semiconductor chips that we make right here."

Both measures will help the facility's tenants, and likely Albany NanoTech, expand and create jobs statewide, getting students involved in the industry earlier on.

"We say SUNY is within 30 miles of every New Yorker in the state of New York — we are everywhere," Sandvik said. "If we think about just the impact that this has on the economy... of the local economy across New York, it's tremendous."

New York has been investing in the semiconductor industry for the past 20 years, giving the state a head start in a fast-growing industry.

Coupled together, the new state and federal CHIPS laws will help SUNY programming in the field and propel it as a center for the future of semiconductor design.

A request for proposals to expand the Albany NanoTech Complex went out in May. The proposed construction includes 50,000 square feet of new clean rooms, parking garage, walkways and more.

The expansion was set into motion months before the legislation was signed. Albany Nanotech, home to SUNY Poly's College of Nanoscale Science and Engineering, already possesses the infrastructure to propel semiconductor manufacturing to the next level​.

"While we're preparing to build and expand with additional facilities, we have the capabilities today to begin that work," Anderson said.

The historic state and federal investment will bolster Albany NanoTech into one of the nation's leading semiconductor research and development facilities.​

"It should be the hub of that national semiconductor technology center, which will be the future of semiconductor design and research and development of new products for chips well into the future for many decades," Anderson added.

Sandvik stressed the investments will transform every facet of the semiconductor manufacturing industry, including new construction, educational programs and getting younger students involved, translating to a strengthened workforce.

The development could help reverse the pandemic's trend of overall decreased collegiate enrollment.

"This is not just a workforce that starts after high school," she added. "Our kids are excited about making this world a better world."