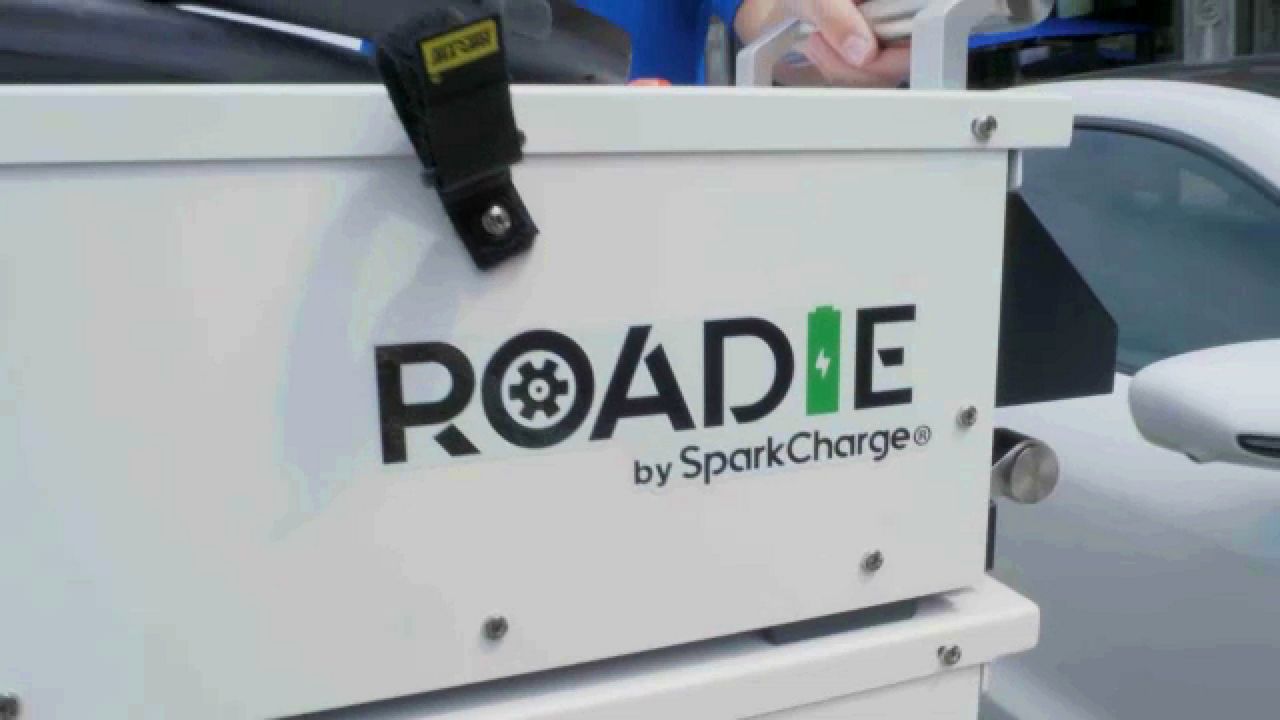 BUFFALO, N.Y. -- One of the biggest hurdles as the U.S. continues to move toward electric vehicles is finding ways to charge them.

One potential solution is SparkCharge.

"We make it not only more efficient but we also make it more cost-effective and easier to access charge regardless of where you're at and regardless of what type of vehicle you drive in terms of an electric vehicle," founder and CEO Josh Aviv said.

The Syracuse University graduate launched the company in 2017. He said SparkCharge has the first mobile intelligent on-demand EV charging network with the Roadie a portable DC charger and the app Currently which allows customers to get that charge delivered to their location on their phone.

"The same way that you order food from GrubHub or Uber Eats or order groceries delivered from Instacrat you can now have range delivered to your car," Aviv said.

The company is headquartered in Massachusetts but it set up its factory in Western New York.

"Every product is produced made and shipped out of Buffalo, New York," Aviv said.

When President Biden signed the CHIPS and Science Act legislation last week, Aviv joined him on stage to talk about how the $280 billion package will help his company.

Aviv said the price of semiconductors or microchips have gone from just a few dollars a piece to sometimes a few hundred and lead times have extended to 100 weeks or more as manufacturing has moved out of the United States. The legislation is meant to spur domestic production again.

"We have multiple circuit boards, multiple different PCBs inside of our product. Each one consists of up to four or five chips per board," Aviv said. "You multiply that and you've got 20-plus chips inside of your unit so that price can add up."

"There's grants that are aimed at helping new American companies grow. I think that's one of the ones that we're going to go after. We've got a mandate to expand our Currently operations and our mobile charging operations to cities over the next couple months so this is a great opportunity for us to be able to expand and grow as well," he said.

On Sept. 15, SparkCharge is holding its annual event, Spark Day. Aviv said the company plans to unveil three to four new pieces of technology he believes will revolutionize the way people think about electric vehicle charging.