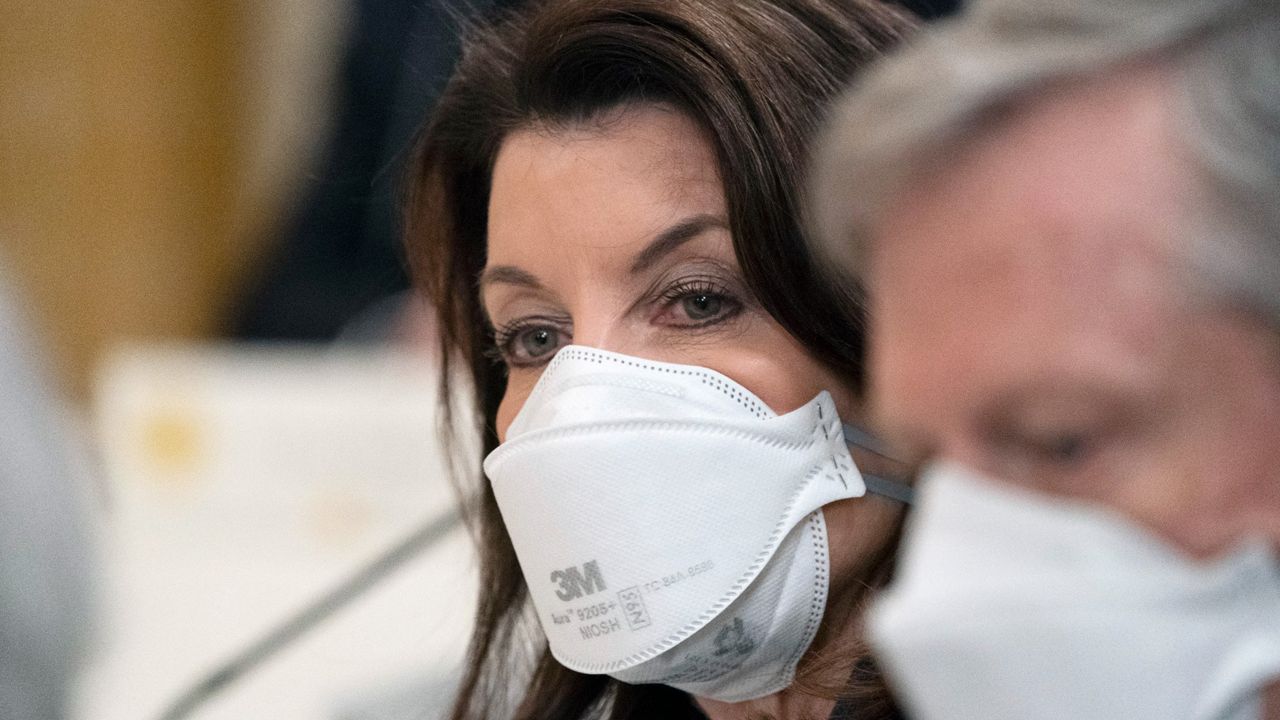 AKRON, N.Y. -- Gov. Kathy Hochul said she continues to track New York's COVID-19 infection and hospitalization numbers daily and while cases are trending up, it doesn't appear the current sub-variant of the virus is causing as serious illness as previous ones.

"We're not looking at more restrictions right now because this time around, we have readily available vaccinations. Anybody can get a booster shot," Hochul said. "If you're over 50, you can get a double booster, which I've had, as well as the test kits are so widely available."

Hochul said the administration reserves the right to consider new policies if the situation worsens, but she doesn't anticipate any business or other restrictions in the near future.

"This is going to be more endemic," she said. "People are getting used to living with it."

In the meantime, the governor said she does still wants an outside entity to broadly investigate all of the state's COVID-19 pandemic responses and decisions.

"We have an RFP coming out shortly," she said. "The challenge with that is that when I started talking about this in March, I wanted to know a complete picture of what happened during the pandemic, the good, the bad, the ugly. This is not just a report to point fingers at what went wrong. I need to create the action plan going forward."

State Assembly Minority Leader Will Barclay has suggested the governor, in the midst of an election, is moving slowly on a report that could reveal ineffective response. Hochul did not address the accusation, but said one of the challenges is many outside consulting firms were involved in some fashion with the state's response.

"I don't feel the pressure of a timeframe on me because I'm the one who decided I wanted to do this. I'm not obligated to do this by statute," she said. "I said I want this for future leaders to understand what we went through during this extraordinary time and make sure we get it right."