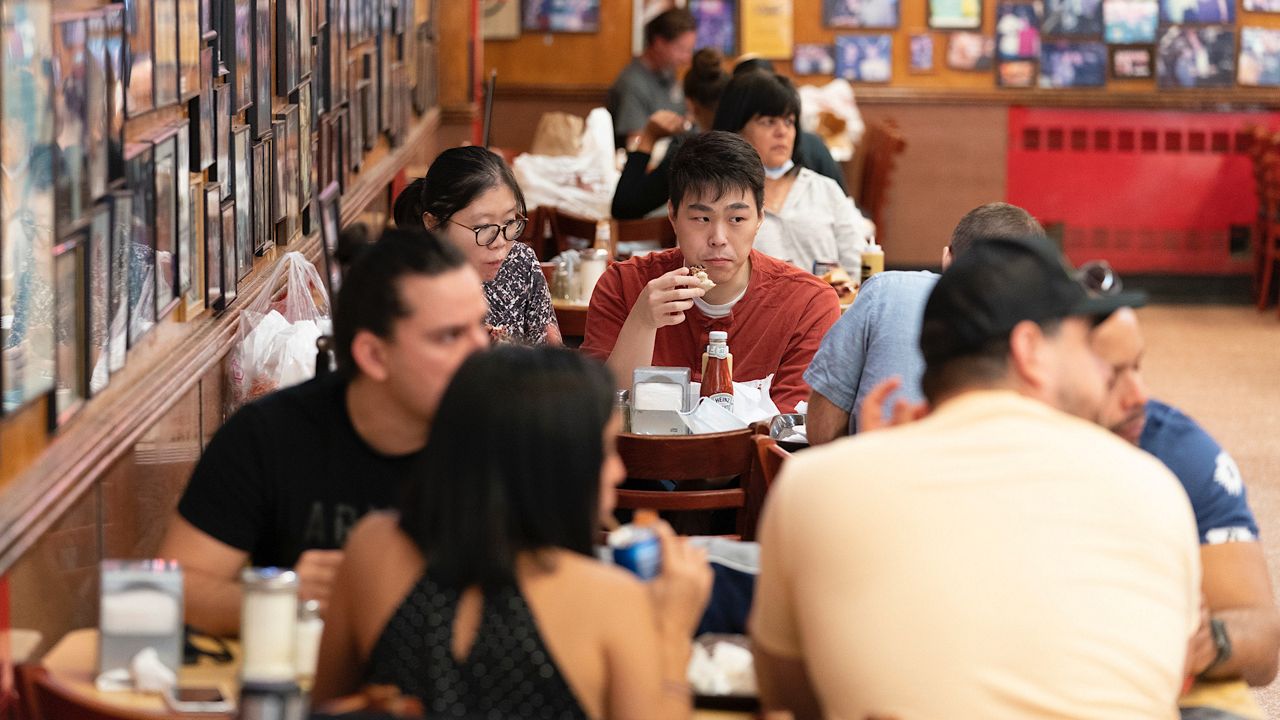 BUFFALO, N.Y. -- According to the National Restaurant Assocation's State of the Restaurant Industry report, the COVID-19 pandemic has likely changed the industry for good and operators are now dealing with a new normal.

New York State Restaurant Association President Melissa Fleischut believes that new normal has to do with changes operators have made to hours of operation and how they utilize staff and technology moving forward.

"I think those are a lot of the changes that they're talking about that are going to take a long time, if not forever, to go back. We may not go back and some operators may not want to go back," she said.

Although owners are dealing with less restrictions than they were at the peaks of the pandemic, Fleischut said 86% of New York respondents still say they're in worse shape than they were three months ago. She believes that's due in part to the continued rising costs on crucial items like beverages, because of a glass bottle shortage, and meat.

"In some cases they're worse now," Fleischut said. "I think supply chain has really made things difficult. Things and items that they wanted to purchase that they never thought could go this high or become this scarce are really starting to surprise them."

According to the survey, across the country, an estimated 95,000 restaurants have closed their door. In New York, Fleischut said it's difficult to get an accurate number.

"Places that we would normally turn to like the Health Department for health permits or the Bureau of Labor Statistics haven't really seemed to lock down those numbers because they're not sure still when they check if some places are closed temporarily or permanently, and until they're closed permanently, they don't want to not count them," she said.

What the association did learn from the survey is 86% of operators in the state say they're less profitable than when the pandemic began, 55% have reduced hours of operation, and 40% have closed on days they'd previously been open. Fleischut said one of the industry's top priorities is to get more money for the restaurant revitalization fund.

In New York, only about 35% of applicants received the grant and nearly 18,000 restaurants are still waiting.

"We're asking Congress to put the additional funds in because all these people applied through the SBA portal and what we need now is enough funding because SBA knows exactly how much funding there was needed to cover those other additional applicants," Fleischut said.

She said at the state level, they association is strongly in favor of the governor's alcohol-to-go proposal.