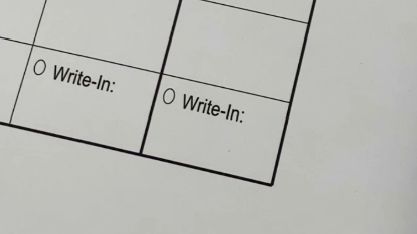 Buffalo mayoral race results may be unclear until mid-November

"As long as the write-in is in the proper column for that public office and it's identifiable to a candidate, we're going to count that vote the way the voter intended it to be counted," Republican Erie County Elections Commissioner Ralph Mohr said.

Incumbent Mayor Byron Brown is staging the most high-profile write-in campaign, but other candidates are trying as well. Mohr said the board occasionally gets protest or joke votes for characters like Mickey Mouse or Donald Duck as well.

"On election night, what we're going to be able to determine is, is it probable or possible that a write-in candidate exceeded the number of votes cast for the candidate whose name is on the ballot?" Mohr said.

However, the board of elections won't begin the process of counting any write-in votes until Nov. 15, when it will also canvasses absentee, emergency and provisional ballots. Mohr said this is to allow time to receive all absentees, tabulate votes efficiently and preserve the secrecy of ballots.

"It's a totally transparent process," he said. "We don't begin the counting without advising candidates and their campaigns and any member of the public who wants to observe the process."

Mohr said each individual write-in ballot is counted by hand with the campaigns afforded to the opportunity to observe and challenge decisions in real time. There could be litigation afterward but he says the goal is to provide all campaigns confidence in the results.