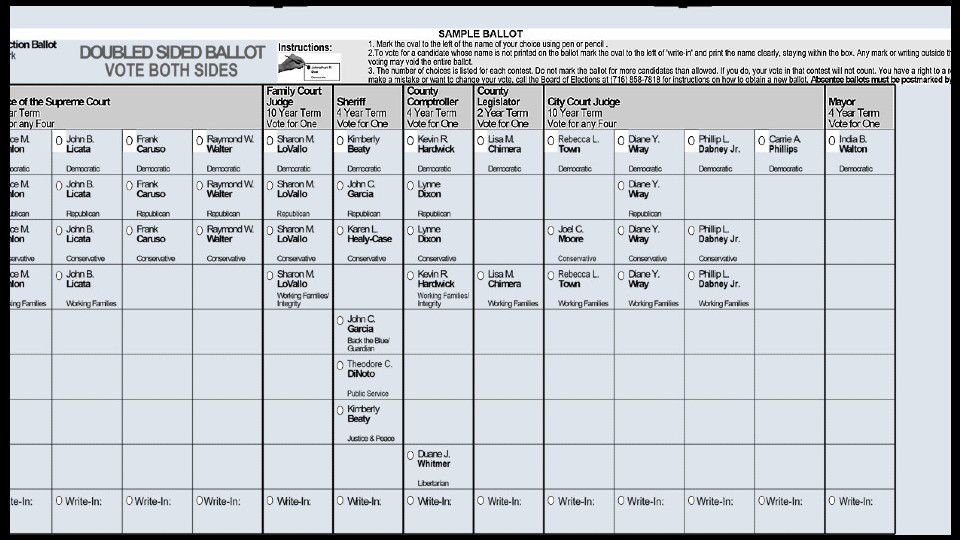 Brown not on ballot as BOE certifies Buffalo mayoral race

BUFFALO, N.Y. — The first wave of absentee ballots in Erie County are in the mail and Democratic primary winner India Walton is the only name on those ballots in the race for Buffalo mayor.

"My opponent has more than every right to run a write-in campaign but he's not allowed to use the legal process to create new rules for him and him alone," Walton said.

Thursday afternoon, appellate courts at the state and federal level reversed lower court decisions that would have put incumbent Mayor Byron Brown on the ballot as well.

"We're very glad that the courts ruled very expeditiously, understood the gravity of this and the importance to the voters of Erie County and made their rulings in time for us to certify the ballot and deliver it according to the time set forth in the law," Erie County Elections Commissioner Ralph Mohr, R, said.

The BOE was required to certify and send absentee ballots Friday for overseas military and federal personnel. Mohr said if Brown's campaign chooses to continue litigation and a higher court reverses the decision yet again, the board would have to reprint and resend roughly 170 ballots.

"It's unlikely that there will be a review of the federal court case again unless the state's highest court went and overturned the appellate division," he said. "Then I would assume another application would be made to the 2nd Circuit to re-argue or reevaluate their stay."

Brown's campaign did not say whether it plans to move forward with more legal action. It did say in a statement it believed the initial rulings were correct but the mayor will continue to focus on his write-in campaign.

Walton said the appellate courts made the right decision.

"For me and my campaign, this is not about keeping him off the ballot, this is about setting a bad precedent," she said. "The rules are the rules. Our state Legislature determined when our filing deadlines were and we need to stay true to that. If it applies to me, it applies to all and that's the bottom line."

Both candidates continue to express confidence they will win on Nov. 2.