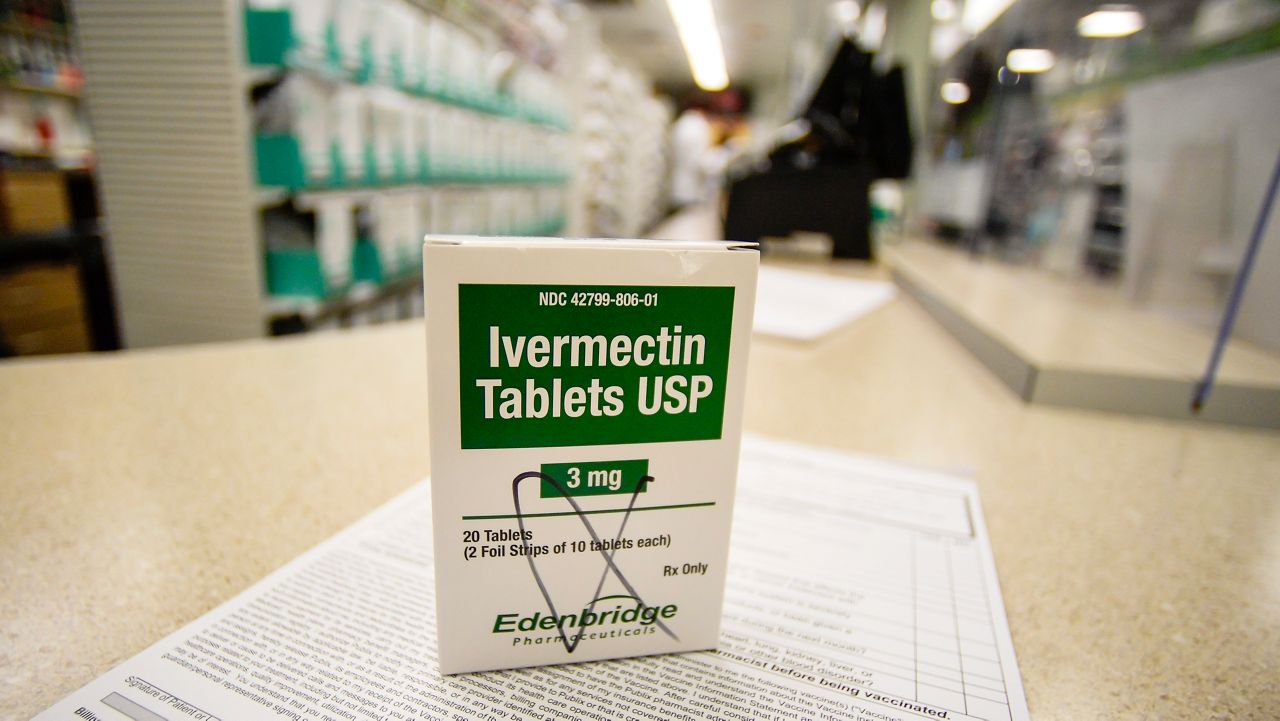 BUFFALO, N.Y. – In January, attorney Ralph Lorigo received a call from a family who wanted to treat their 80-year-old mother, on a ventilator because of COVID-19, with ivermectin.

Lorigo helped them get a court order from the judge, and less than a week later, her condition improved and she was out of the hospital.

"We've repeated that a number of times at this point and we now have been getting calls over the last several months actually, getting calls from all over the country," the attorney said.

Lorigo said based on more than 60 studies he's researched he believes in the efficacy of the drug. He's now handled nearly 100 similar cases of families hoping the courts will intervene when hospitals refuse to administer the drug, which the FDA has not approved to treat COVID-19. That has led doctors to be hesitant to prescribe and administer the drug.

"There are ethical concerns about prescribing medication for reasons not having to do with an expected good outcome from that medication and that is, 'Oh, the family is demanding it, let me get them off my back,'" Dr. Kevin Gibbons said, the executive director of UBMD Physicians Group.

Lorigo now has four attorneys besides himself dedicated to ivermectin-related cases.

"Every day I get somewhere between 80 and 150 emails and requests for information and help. We freely give the information. I talk to people on a regular business. I've been here seven days a week for the last seven weeks without a day off, trying to get people the information that they so desperately need," Lorigo said.

Not every case has been successful though. Recently, in a scenario at the same hospital as his first ivermectin case, the same judge refused a court order.

"That lady died last night," Lorigo said. "She could have had five doses of ivermectin, which might have saved her life like it did in that first case. I feel absolutely terrible about that situation. I think the hospital was wrong to deny her the continuation of a drug they had given her."

But there have not been large enough studies producing consistent enough results to convince doctors ivermectin is a viable treatment for COVID-19, Gibbons said.

Lorigo said there's recently been a change in public opinion as the CDC and FDA have not only said the drug is unproven but have been actively advising against its use. He said a September article from the FDA showing a photo of a woman next to a horse and noting an uptick in poison control calls has been especially harmful to his cause.

"The slant of that story though is terrible because what they're talking about is people going to Tractor Supply and buying ivermectin that is for animals, for horses or for cows, and they're so desperate that they're taking that. We have never advocated for that," Lorigo said.

The problem, Gibbons said, is when people buy ivermectin in a form meant for animals, it has led to overdoses.

"The medication that is available for animals is certainly not manufactured in the same way as that which is used for humans and certainly the dosing becomes a big problem. A thousand-pound horse is not a 150-pound man or woman."

Gibbons does agree with Lorigo that ivermectin is a generally safe drug when prescribed by a medical professional in the proper dosages. He said how the medical community moves forward with ivermectin will largely depend on the results of those large scale studies.