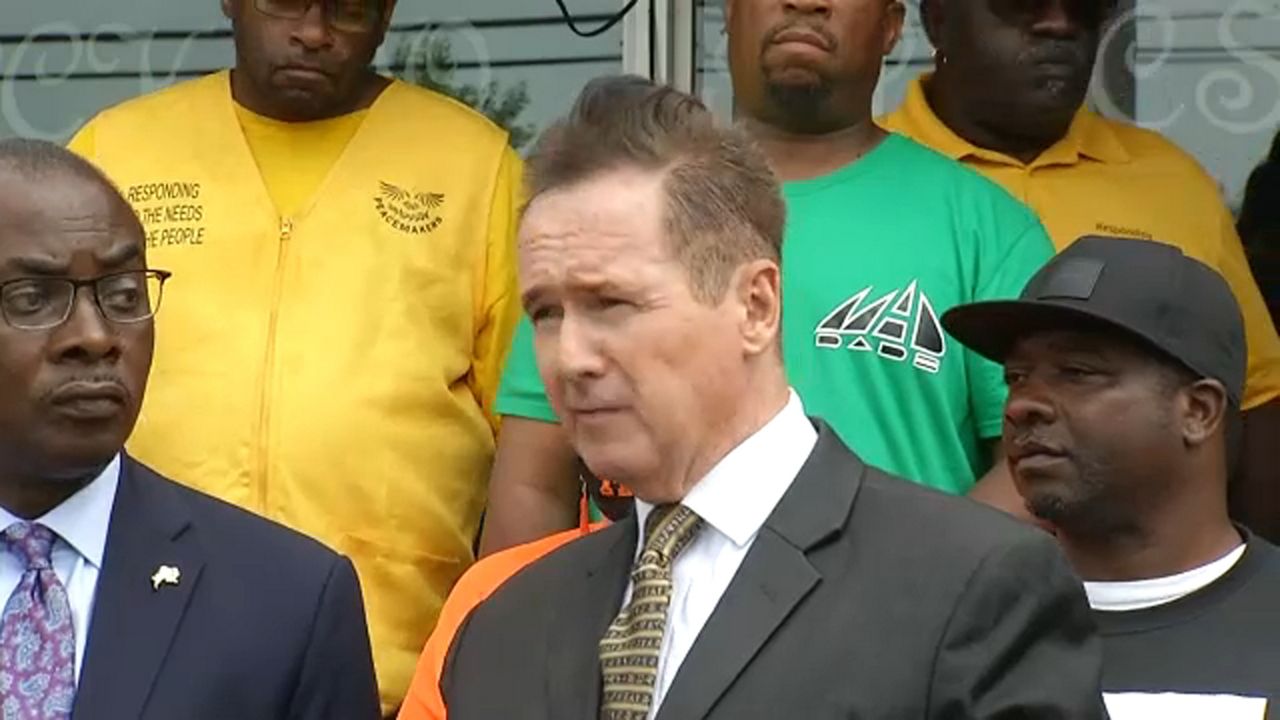 BUFFALO, N.Y. -- For the second straight day, lawmakers stood in front of the Buffalo Peacemakers offices to discuss investing money to address gun violence in the city.

"It's never happened before, but the country, not just this region, is waking up and recognizing that we cannot win this battle without the embracing of the community and involving them in a very deliberate and conscientious way," Giles said.

Tuesday's $219,000 came from the state and was handed directly over to intervention groups like Peacemakers. On Wednesday, the mayor and U.S. Rep. Brian Higgins announced the city was deploying $5 million in federal American Rescue Plan funds after the federal government clarified late last month the money could be used for that purpose.

Local leaders did not clarify yet how the funding will be disbursed, however the city will administer it in collaboration with Erie County Medical Center. Mayor Byron Brown said it will likely be spread out over the next three years.

"The world can change in three years," Brown said. "We know that with this pandemic, we saw our world change in just a matter of days, so we know that this funding is very significant."

At the same time, local leaders said more needs to be done. Brown said he believes parts of the state's bail reform aren't working and he's asked lawmakers in Albany to address it.

"Somebody who is caught with an illegal gun multiple times shouldn't keep getting out on the street," Brown said. "Somebody that's broken into your home last week, you  shouldn't be bumping into in your neighborhood in a couple of days, so there are elements of bail reform that are not working that have to be changed."

Giles said he supported the reform as part of the social justice movement, but not to the extent the laws were ultimately changed.

"This is what happens when you have legislators who are far removed and don't engage community in the process to begin to factor all these other elements creating parameters for these policies so we never intended individuals who are carrying weapons to come in to be arrested then be released immediately and still be carrying weapons and we know that this is happening here," Giles said.

Higgins said Congress also needs to take steps to make sure illegal guns from other states don't get in the hands of criminals in New York, but in the meantime, said the intervention programs this money will help fund are one major piece of the puzzle.