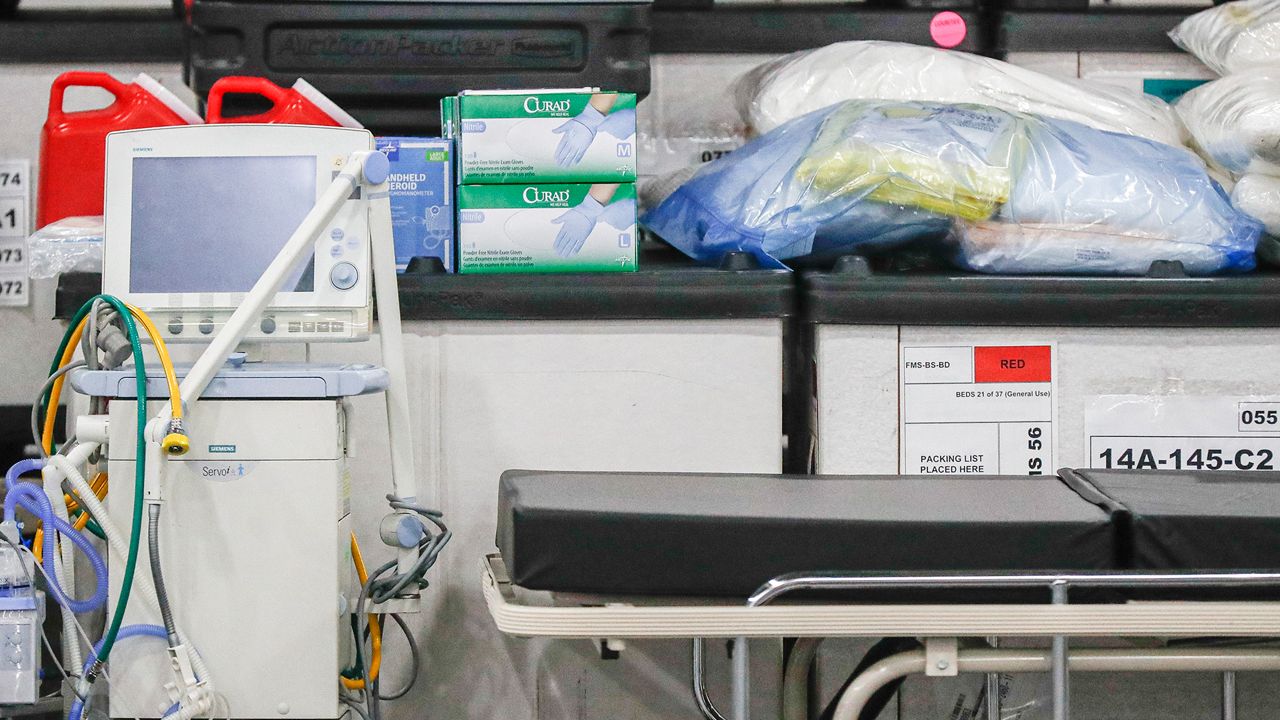 The governor announced an executive order Friday directing the National Guard to take unused ventilators and personal protective equipment from Upstate hospitals and businesses and deliver them to the New York City region.

"I don't have an option and I'm not going to get into a situation where we know we are running out of ventilators and we could have people dying because there are no ventilators but there are hospitals in other parts of the state that have ventilators that they are not using," he said.

Almost immediately after the governor announced his plan to divert ventilators downstate, Erie County Legislature Minority Leader Joe Lorigo, C, got on the phone with the county attorney to discuss how to block the executive order.

"I as a county legislator have a duty and a responsibility to represent residents in Erie County," he said. "Allowing our medical equipment to go somewhere else and leaving us completely exposed would be irresponsible."

Erie County Executive Mark Poloncarz, D, said in speaking with the governor's office and the hospitals, it's his understanding there are no available ventilators to take from Erie County.

"There is not a single person who's going to have a ventilator taken away in Erie County to send downstate," Poloncarz said.

State lawmakers also criticized the plan with a number of Republicans, sending a letter to the governor calling on him to reconsider. Democratic Assemblywoman Monica Wallace said she also expressed her concerns to Cuomo's office.

Niagara County lawmakers didn't reject the idea of sharing unused ventilators outright, but Legislature Chair Becky Wydysh said she needs to hear specific plans from the governor on how people there will be protected when the county hits its peak.

"We need to see that plan," Wydysh said. "We can't buy new ventilators if you decide to give us money instead of our own ventilators back. That's why you're wanting to use ours is because you can't buy them yourself."

At Erie County Medical Center, nurses were already protesting Tuesday. They said the state and federal governments have not done a good enough job to get them personal protective equipment and testing.

Union leader Kena Collins said she's not mad the state is trying to save lives downstate by moving ventilators, but the root problem remains the same.

"What I'm upset about is that we don't have more ventilators coming our way and New York City is not getting what they need. It shouldn't be a deciding factor of robbing Peter to pay Paul,” she said.

“It is unacceptable that these incredibly brave and dedicated nurses, along with all of our ECMC caregivers, should have to worry about the supply of critically important PPE. The federal government should be using its powers through the Defense Production Act to immediately produce PPE and get these resources to the frontline caregivers. We will continue to search 24/7 for all of the resources our nurses, doctors and support staff need to stay safe and to care for our patients.”