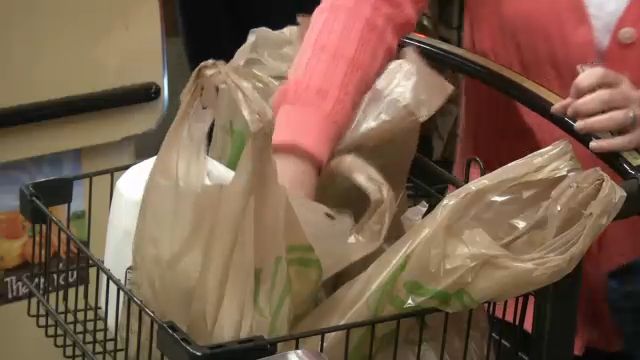 Every year, here in New York we go through 23 billion single plastic bags used to carry stuff you buy at a store.

With all that plastic waste piling up and even contributing to climate change, state lawmakers this year moved to ban plastic bags in supermarkets and many chain stores. But Liz Moran of NYPIRG  and other anti-pollution advocates worry proposed regulations will gut the law.

"Unfortunately the proposal appears to provide for some loopholes that would still have plastic bags in New York and we know that's unacceptable," said Moran, the group's environmental policy director.

At issue is the thickness of the bags under the proposed regs. DEC Commissioner Basil Seggos says criticism of the proposed rules fall short of the mark and that they meet the goal of reducing plastic waste while providing clarity to the law. Moran worries the bags that can be used once the ban in place is still, basically, plastic bags.

Segos said in the statement, "Governor Cuomo’s statewide prohibition on plastic bags will help end the blight of plastic bags and reduce greenhouse gas emissions. Municipalities are free to put fees on paper bags that some will use as an alternative to plastic and many, including New York City, already have. Communities across the country have instituted similar bans on single-use plastic bags. The data overwhelmingly suggests that they work. I’m confident New Yorkers who aren’t already bringing bags with them are ready and able to make the switch to re-usable bags — and DEC is ready to help‎.

"They've created a new definition that distinguishes plastic bags apart," Moran said. "But here's the thing: Plastic bags are plastic bags. They're contributing to climate change by their very production and existence and they are harming our waterways, health and wildlife."

So what's next?  The new regulations aren't taking effect just yet. Kate Kurera of Environmental Advocates say they plan to work to change them.

"This bag ban isn't accomplishing what it promised to accomplish," Kurera said. "I think that's very important for people who care about plastic pollution and solving this pollution crisis -- these halfway measures are just not acceptable."

The bag ban is set to take effect in March.