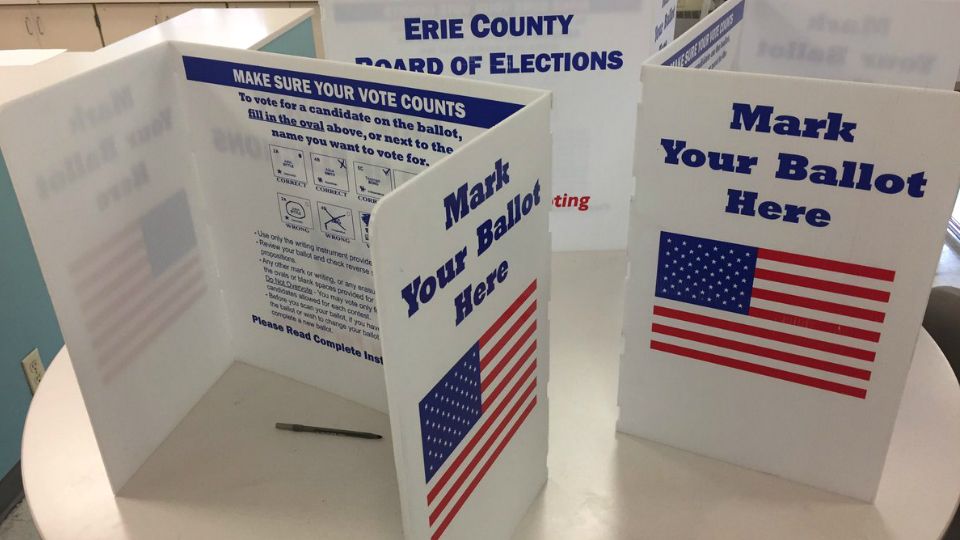 BUFFALO, N.Y. — Libertarians easily crossed the 50,000 vote threshold in the 2018 gubernatorial race to get automatic ballot access for the next four years as well as an official box on the state's voter registration form.

"We keep getting reports from people saying, 'Where's the Libertarian line? I don't see it on here. How do I register? How do I enroll to be in the Libertarian Party?'" Kari Bittner, former Larry Sharpe gubernatorial campaign manager, said.

Bittner said Boards of Election and other organizations, like the Department of Motor Vehicles and the League of Women Voters, were providing outdated registration forms to voters.

So she spent about a week doing some research. Sunday evening she said she sent an email to BOEs across the state notifying them of the issue.

"I decided I'd make the effort to go find out how much of this is out there and I just started checking each website for the Board of Elections. I was hearing, like I said, hearing from people. I was doing Google searches or just general internet searches and finding the top forms that come up are all the old ones," Bittner said.

The state BOE said it verified Thursday all county boards have now either posted the most current form or a link to the state board website. It said while it moved quickly to approve an updated version in January, it's nearly impossible to track down every form. However, under statute all versions are accepted and the BOE instructed Libertarians to write in their party if they encounter an outdated one.

"Imagine if forms had been created that accidentally left off either the Democratic Party or the Republican Party," Bittner said. "They got printed up. They were put all over the internet. They were shipped out everywhere and someone realized, ‘oh my gosh, we missed one of the two big parties.’ What do you think would happen?"