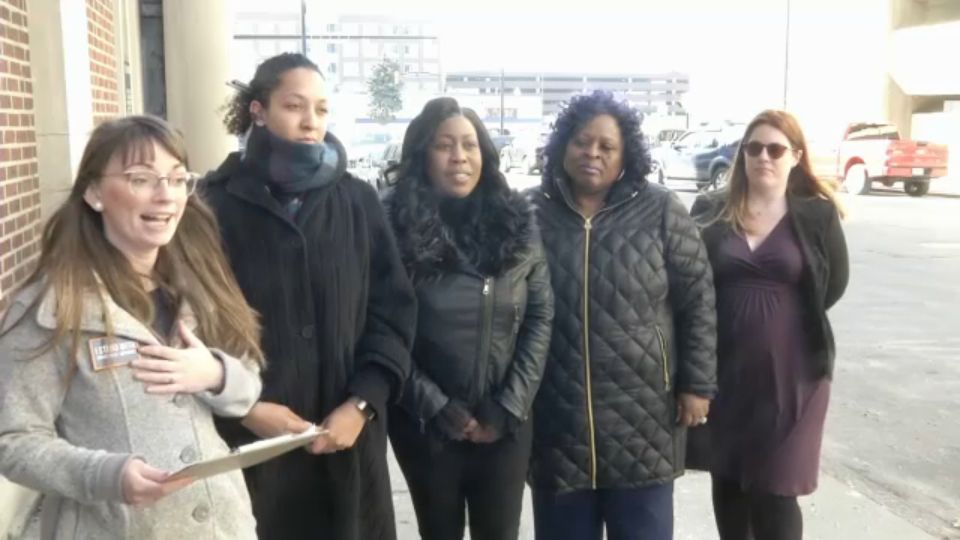 In a show of solidarity, five female candidates for Buffalo Common Council turned in their designated petitions together Wednesday at the Erie County Board of Elections.

"There will be a time to discuss issues later but we are here today to announce we are here, we are running, and we are going to change the face of power here in Buffalo, New York," candidate Bernice Radle said.

They said 52 percent of Buffalo's population are women, yet there is no female representation on the council. There hasn't been any since longtime University District member Bonnie Russell resigned in January 2014 and a man, Rasheed Wyatt, was selected to replace her.

"It's the Year of the Woman," candidate Tina Sanders said. "It's our time. It's time for us to make a change and you know any time you put a woman in charge of anything, it gets done."

Radle, Sanders, Kathryn Franco, Antoinette Craig, and Melanie McMahan, all Democrats, said across the country, more women than ever are winning elections and they're hoping that trend will help propel them to victory too.

Thursday is the deadline for designated petitions, so more female candidates could still enter the races as well.