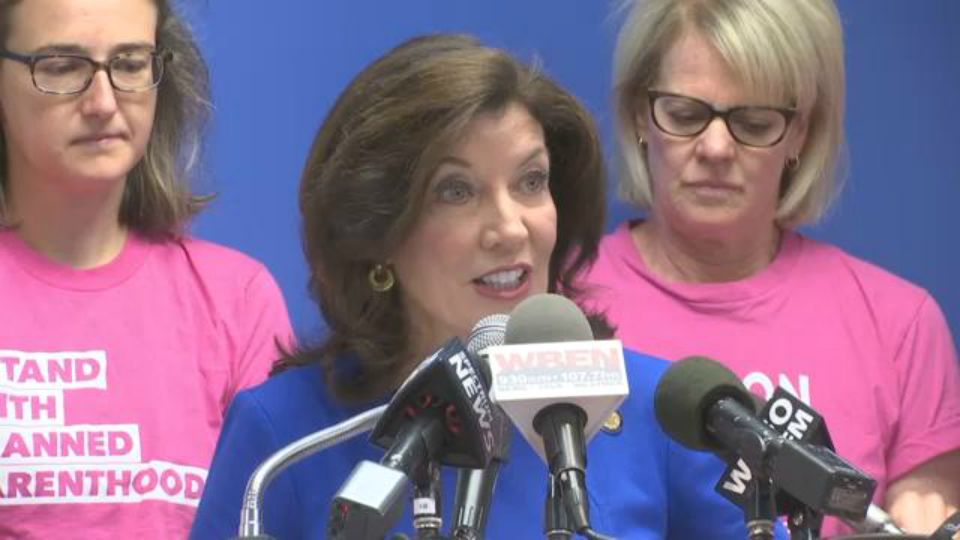 "I have no doubt in my mind that despite our best efforts, he will probably be confirmed and he'll take his seat on that bench and then the rights that women have taken for granted for decades will be lost," Hochul said.

The Cuomo administration continues to push for the state Senate to return to Albany and vote on legislation which would codify the abortion rights protected by the Supreme Court’s Roe v. Wade decision.

"Don't privately say, ‘Well we're really with you but never allow it to come for a vote,’ because that to me, ladies and gentlemen, is political cowardice," Hochul said.

The lieutenant governor rallied with advocates from Planned Parenthood and Democratic state legislators Monday in Buffalo. All 31 Democrats in the Senate have pledged to vote in favor of the Reproductive Health Act.

State Sen. Tim Kennedy said some of his colleagues across the aisle have quietly indicated support and it would take only one to pass the legislation.

"We don't actually believe that they are going to do what they're saying they're going to do. But how do you find out? You bring it to a vote. Let democracy take place," he said.

"Other states in the nation are watching what we do," Hochul said. "They're watching us — as they always do — for leadership. We need to get this as part of our law and it's a simple matter."

Some Republicans however have called the push and message of urgency a campaign tactic for the governor. State Sen. Rob Ortt, for instance, earlier this month said it would be a waste of tax dollars to return to preemptively take action against a Supreme Court ruling that may never come and at least wouldn't likely happen soon.

"I'm not sure why any senator who represents women, and that's more than half the population, would not sense the urgency that we feel as women to say, ‘I want this taken care of now.’ Don't do it on your timeline, finish off your summer vacation or whatever the heck you're doing you think is more important," Hochul said.