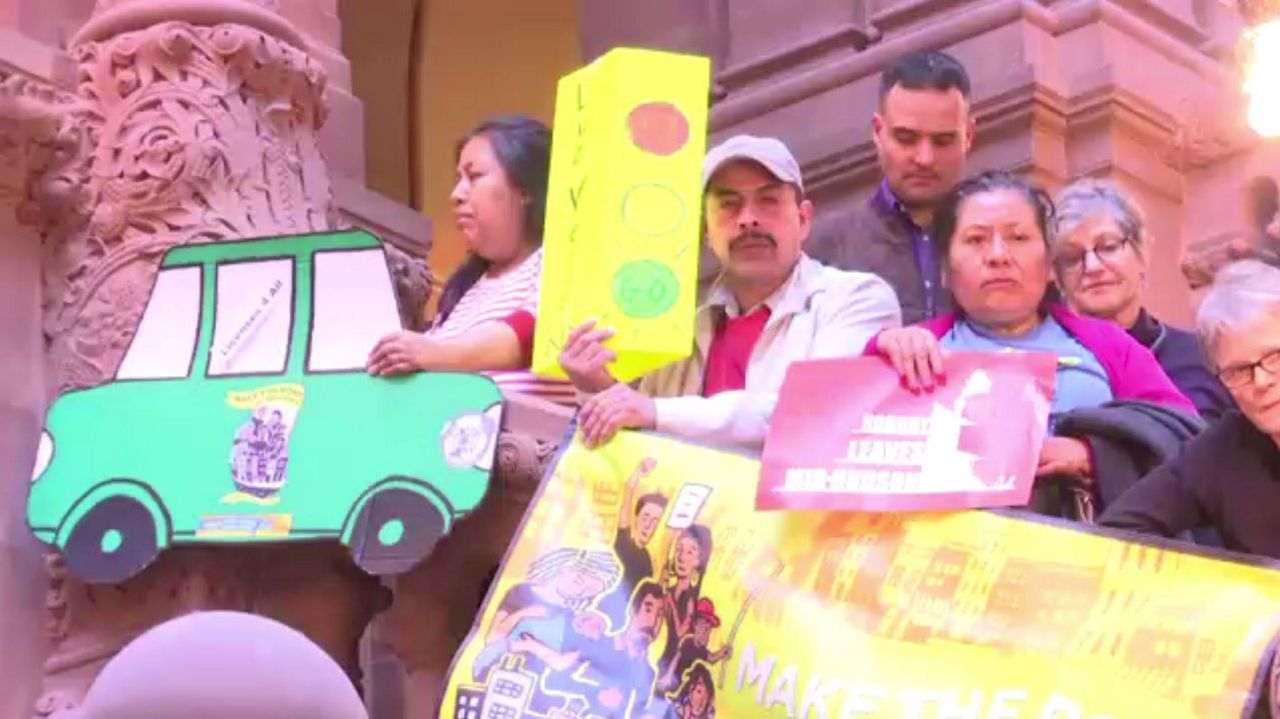 State lawmakers and advocates for immigrant communities on Wednesday rallied at the Capitol to push for a well-known and historically controversial proposal: giving undocumented New Yorkers driver's licenses.

"We are talking about the day to day things that we all live through and are denied to many of our friends and neighbors," said Assemblyman Marcos Crespo (D - Bronx).

More than a decade ago, the proposal was championed by then-Gov. Eliot Spitzer, only to have him withdraw it months later after an outcry by Republicans and Democrats alike. Now, lawmakers argue it makes practical sense for undocumented residents to have driver's licenses.

They also argue the money generated by licenses would give the state needed revenue, while also protecting people who live at legal risk day to day.

"The revenues that it's going to bring in, the amount of infrastructure that can be built ... that will benefit all New Yorkers as a result of those revenues," said Assemblyman Phil Ramos (D - Bay Shore).

But Republicans aren't convinced, saying the proposal was a bad idea when Spitzer made it and is a bad idea now.

"A driver's license is a privilege, not a right," said Assembly Minority Leader Brian Kolb. "We have laws for a reason. Laws to be followed by citizens. If you want to have the privileges of being a citizen of the United States [and] New York, then you need to follow the law, become a citizen."

An added dimension to the debate over driver's licenses is the primary challenge from Cynthia Nixon that Governor Andrew Cuomo faces this year.

"We must make driver's licenses in New York available to all of New York's immigrants," Nixon said.

Cuomo's office on Wednesday said the governor is supportive of the proposal.