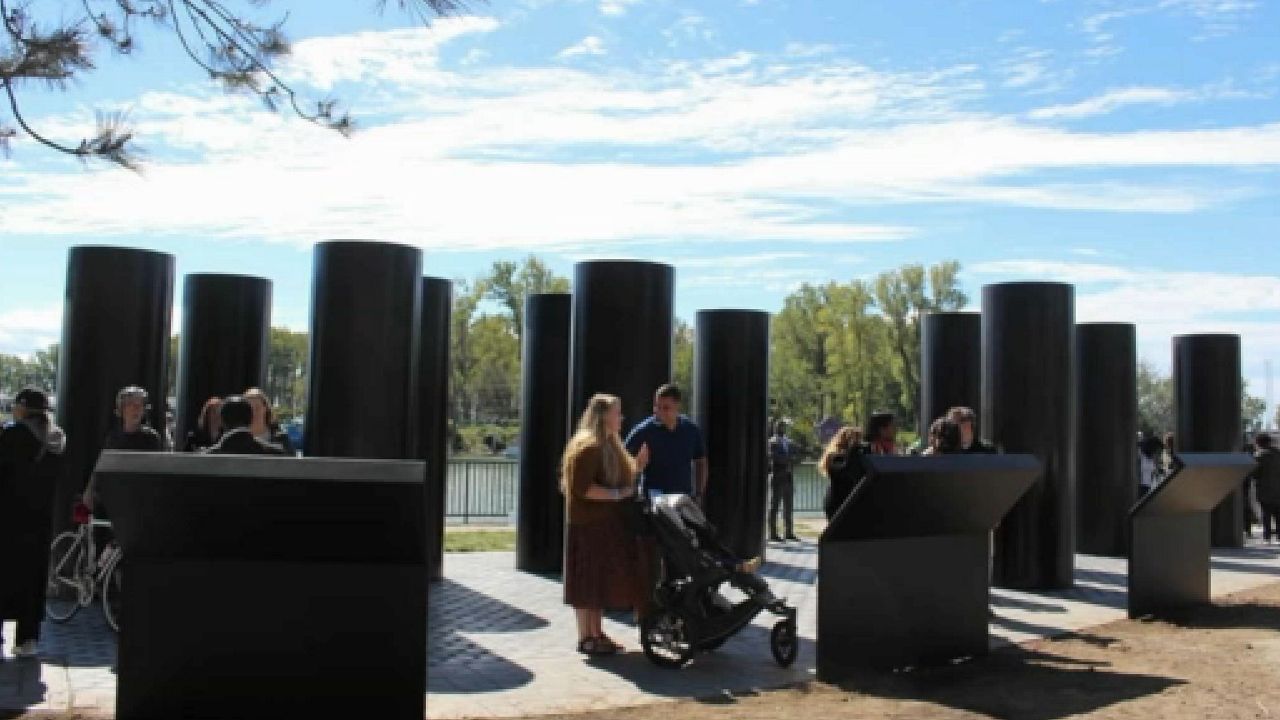 Local leaders and elected officials were there for the occasion.

The monument preserves the legacy and commemorates the military service of African American veterans who served in the 12 major U.S. wars since 1775, as well as in peacetime, all amid extreme challenges such as slavery, segregation and discrimination.

"This monument gives us an opportunity to not only commemorate, but also to educate ourselves and future generations about the contributions and sacrifices African Americans have made to the American ideals of freedom, liberty and justice, not just for some, but for all,” University at Buffalo professor Brenda Moore said.

“This dedication ceremony is the culmination of many years of work for this volunteer organization,” Assembly Majority Leader Crystal Peoples-Stokes said in a statement. “It would not have been possible without our sponsors and supporters. Like everyone else, we’ve had our setbacks due to COVID, but I’m extremely proud and excited that this day has finally come to honor our veterans that have been such an integral part of our nation’s history.”

The interactive exhibit provides visitors a virtual reality tour with historical information on the conflicts and personal experiences directly from African American veterans and their families.