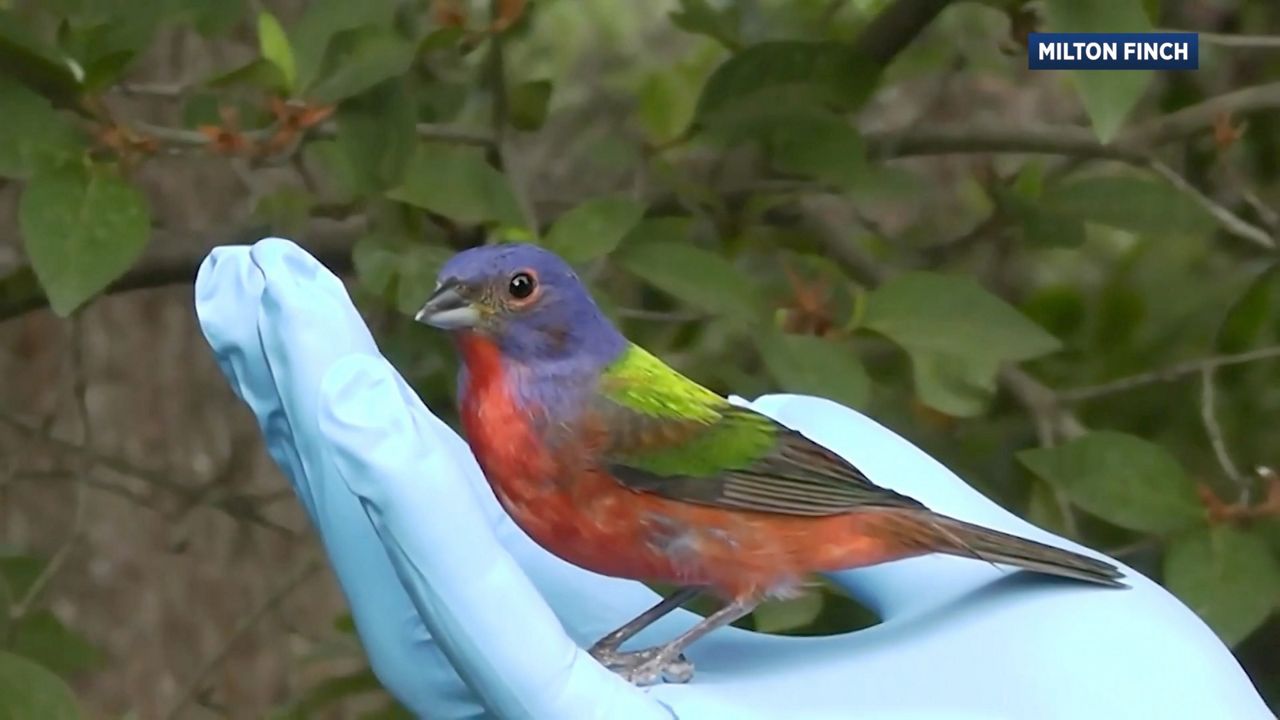 RALEIGH, N.C. — An unexpected visitor has taken up residence in Raleigh. For the last several weeks, a bird called a painted bunting has made appearances in Dix Park.

This is a rare sighting as these types of birds are normally only found along the coast, but its beautiful, colorful appearance has avid bird watchers very excited.

Murry Burgess is a full-fledged “birder,” currently working on her Ph.D in wildlife and conservation at N.C. State University.

“I do birding and bird education workshops for kids, and I also have a children’s book series coming out soon," Burgess said. She recently saw a painted bunting and could hardly believe her own eyes.

“I was about here," Burgess explained while in Dix Park. "It was flying around this area, popping up, singing, preening and just being so gorgeous.”

While Burgess is not 100% certain why this particular bird has made an appearance, her research leads her to believe changes in climate across the globe is a likely cause.

“I do think it has to do with climate change," Burgess said. "This is outside the bird’s normal range, and so, maybe it was able to come over either to avoid storms or because there are more food resources here. It’s just kind of a displaced species.”

If you want to the chance to get a look for yourself, the painted bunting has been located in the trees along a gravel trail behind the sunflower fields at Dix Park.