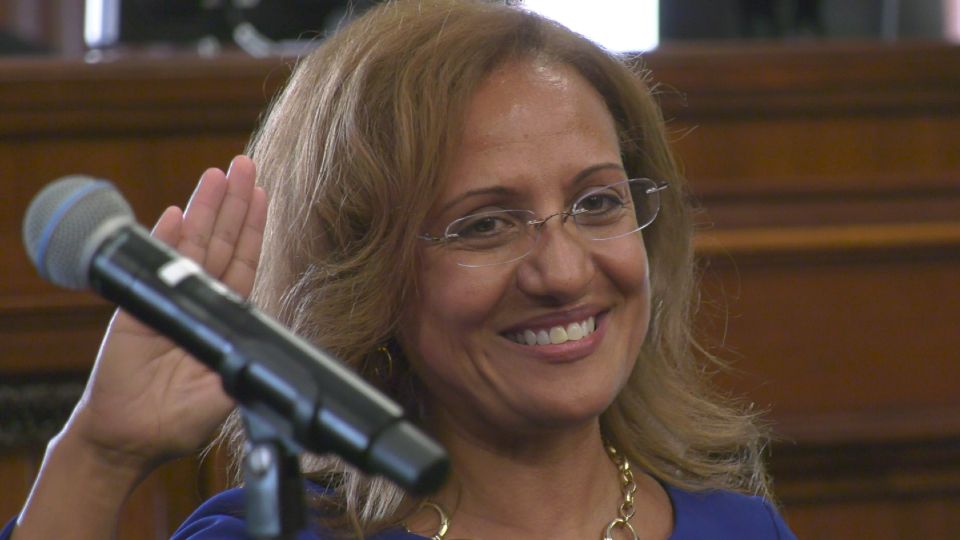 For years, Judge Betty Calvo-Torres served as an inspiration for the Hispanic community, especially girls.

“I feel the support. I feel a sense of pride," said Calvo-Torres. "I feel the sense of hope.”

It’s not every day you see a Latina as a Court of Claims judge and acting Supreme Court justice in Western New York.

In fact, it wasn’t any day, until Judge Calvo-Torres was given the opportunity to change that.

“Couple weeks ago, I was asked, 'is this a dream job for you?' And I said no, because I never dared to dream that big,” she said.

The child of an immigrant mother from the Dominican Republic, Calvo-Torres grew up in Harlem with more than her fair share of difficulties, including poverty, violence and a world where it felt like the deck was stacked against her.

But she found inspiration.

“I hate to admit it, but it was Law & Order," Calvo-Torres laughed. "I never met an attorney until I actually went to law school, so my concept of what attorneys did was what I saw on TV. I loved the idea of standing up for what was right.”

Often feeling like an outsider through her youth and time at Binghamton University, a strength and resilience formed.

It carries her to today.

“I'm honored by the opportunity to serve on this bench, but it's important for my community,” she explained.

In 2007, she became the first Latina to serve on the Buffalo City Court bench.

This year, she continued breaking down barriers in the Court of Claims, but also hearing felony criminal cases for the state Supreme Court.

She was nominated to the position by Gov. Kathy Hochul on May 27, 2022. On June 3, she was confirmed by the New York State Senate.

Wednesday, there was a ceremonial swearing-in celebration this representation.

“Little Betty's eyes would have opened wide and thought, 'oh my gosh, there's someone that looks like me. Does that mean that I can do it,'” said Calvo-Torres.

She is walking through the doors of opportunity and holding them open for others.

“Every community deserved representation at every level of government," said Sallie Manzanet-Daniels, a state Supreme Court justice in the Appellate Division, before swearing Calvo-Torres in. "Actions speak louder than words and the Latino community is watching.”

Calvo-Torres' husband and kids, Latina sisters and the whole community continue helping her succeed and inspire.

“[My mom] always referred to this great nation as la tierra de los sueños, the land of the dreams,” she said.

Calvo-Torres continues her work inspiring the next generation through the Borinquen Leadership Program.

She keeps a drawing done by an eighth-grader in her office — a heartfelt reminder that her experience means the world. In it, the student drew Calvo-Torres' journey to success.

“When we talk to them and share our story, they get to see that everything is possible,” Calvo-Torres noted.

She’s forever a part of the rich Hispanic heritage in Buffalo and New York state.

“It's humbling,” she said. It's not something that I would have ever imagined.”

“As the conclusion of any contested litigation, there's always a winner and a loser. My goal is simply this - that even the loser leaves my courtroom without the slightest doubt that Justice abides here.” pic.twitter.com/9eOJykBiVk

Calvo-Torres enters this new part of her career with her own American dream.

“My hope is that this will become commonplace,” she said. “That people of color, specifically Hispanic women, understand they're worth their value, and that others understand it as well.”

One day she believes we won’t be talking about the firsts anymore, but the many.

In New York state, the Hispanic population makes up about 20% of the total. In Erie County and Buffalo, it’s closer to 12% or 13%.

Calvo-Torres’ appointment to the superior courts leaves no Hispanic representation on Buffalo City Court. Many did express hope that it doesn’t take another decade or two for that to change.