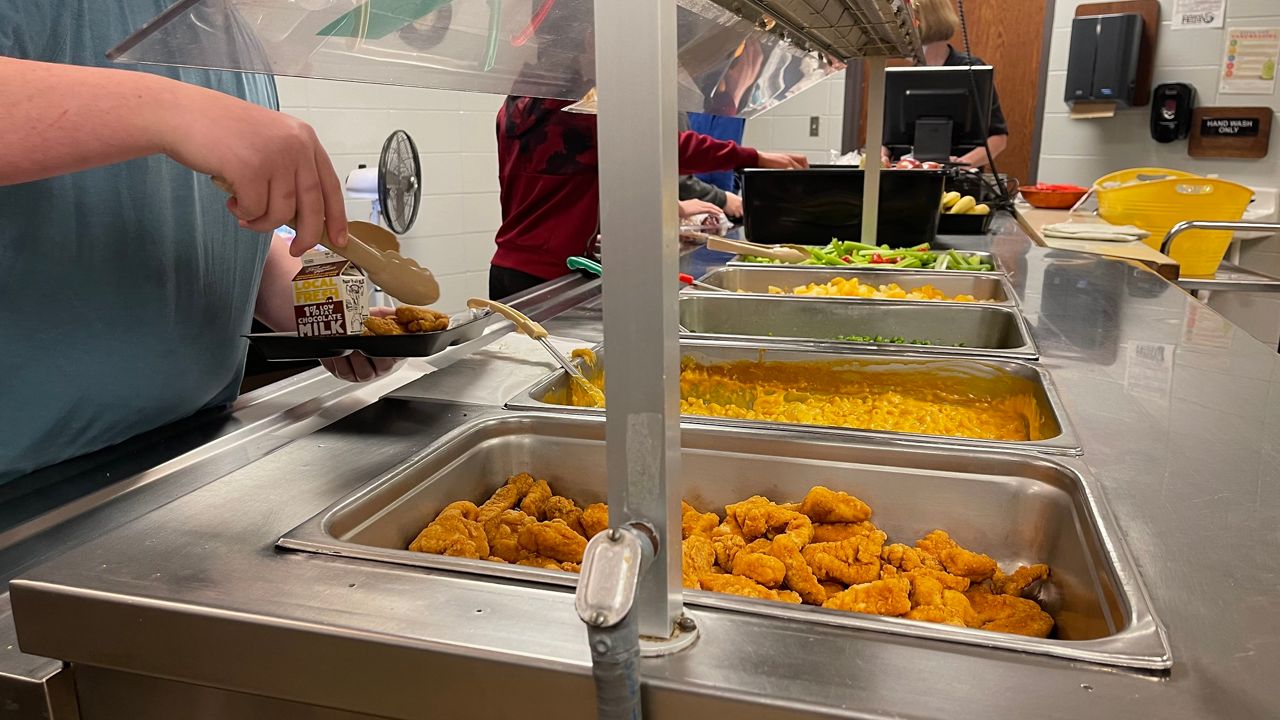 Amica Troutman has four kids - two girls, two boys, ages one to five, who like to play outside their Jamestown home. The 21-year-old stay at home mom lives with her fiancé, who works for a hotel downtown.

With four mouths to feed, she says rising food prices atop the pandemic can sometimes be a challenge.

"It's not been too bad, but it is definitely difficult to get stuff you need," she said.

That is why she and the kids walk to Fletcher Elementary School in Jamestown, one of a handful of Free Meals for Kids sites in the city, and one of thousands across the state. It’s part of a federal nutrition assistance program, administered by the State Department of Education and led locally by the Jamestown YMCA and its community partners.

"It's nice to have a balanced meal every day, and they definitely do that,” she said. “They give you a good variety of food to eat throughout the day that [is] healthy."

John Barber, from the Jamestown Y, leads a busy crew preparing the meals as part of its summer food service program before dividing them up by site.

"For every story we hear, there's probably many more stories that we don't hear of how we're filling a need," Barber said.

The Y not only serves free lunch to kids 18 and younger, but also grab and go meals, summer learning programs and day camps.

"We had a kid that came to our sites and he was hungry,” Barber said. “He was hungry and after he ate one meal, he wanted more. Because when he came, that was a significant meal for his day. It was really gratifying for that staff member to know that we were there helping a young child fulfill that need."

Krista Hesdorfer is with Hunger Solutions NY in Albany, an anti-hunger organization that, in part, helps spread the word about the various meal sites and programs, like the one Amica is headed to.

"No family, no child should ever have to wonder where their next meal is coming from," Hesdorfer said.

Hesdorfer says statewide data shows before the pandemic, one in 10 families struggled with food insecurity, while one in six children did as well. Those are numbers she says are likely higher now, especially in counties like Chautauqua, where one in five kids struggle.

"It threatens children’s development, their mental and physical well-being, their ability to learn and thrive, and just do all of the great things they should do as kids," Hesdorfer said.

John met up with Amica, who expressed gratitude for the program and the people who run it.

"If this wasn't here, some days are hard, you know, not having food at home for them to eat. This here, they get to come, they eat, they play in the park," Troutman said.