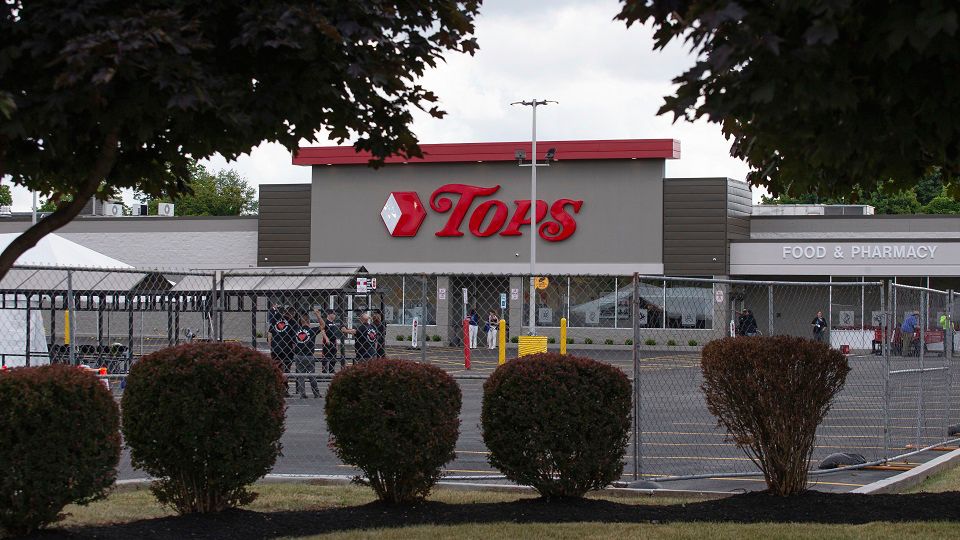 ​BUFFALO, N.Y. — ​As the people behind the Buffalo 5/14 Survivors Fund prepare to meet with the public Thursday, community activists are asking to speed up the process for getting money to those affected by the mass shooting.

Organizers gathered with survivors of the May 14 attack outside City Honors High School to demand the Survivors Fund remove the application process and other obstacles for people impacted by the racially-motivated shooting.

They say that in the two months since the attack, many survivors have been forced to fend for themselves, all while struggling with trauma and loss.

The Survivors Fund has amassed at least $2.9 million in donations.

Tops partnered with the National Compassion Fund to establish the fund to provide direct financial assistance to those whose family members were killed in the mass shooting, as well as those directly affected by the tragedy. In May, Jeff Dion, the executive director of the National Compassion Fund, said law enforcement cannot share victim contact information with the organization.

“Everyone says, ‘oh well the police have my name, so you know who I am, right?’ They can’t give it to us," said Dion. "So if people want to have information about this fund, we need them to go to our website and sign in on our contact list."

He said it’s also used to identify the family members that they need to do proactive outreach to. Dion said there’s a process the fund follows to get the money to people. It starts with the organization of a steering committee. Dion said the organization looks for people from the area with specific skillsets to join the steering committee, like a trust and estates attorney, an expert on psychological trauma, a person from the victims services community, a representative of the Tops union and a survivor of a past mass casualty crime.

“Because this steering committee, at the end of the process, often acts like a jury,” said Dion. “They’re going to be making decisions, then it’s not appropriate for victims or victims’ families of this event to sit on that steering committee.”

One of those local representatives named as co-chair to that committee is Rev. Mark Blue, president of the NAACP Buffalo chapter. He said the first step in getting the money from the fund to those it’s meant for is for the subcommittee to meet and decide on how the application process to receive that money will work as well as a distribution plan.

A town hall meeting at City Honors will be held Thursday night at 6 p.m. where an explanation of the draft protocol and application process will be done.