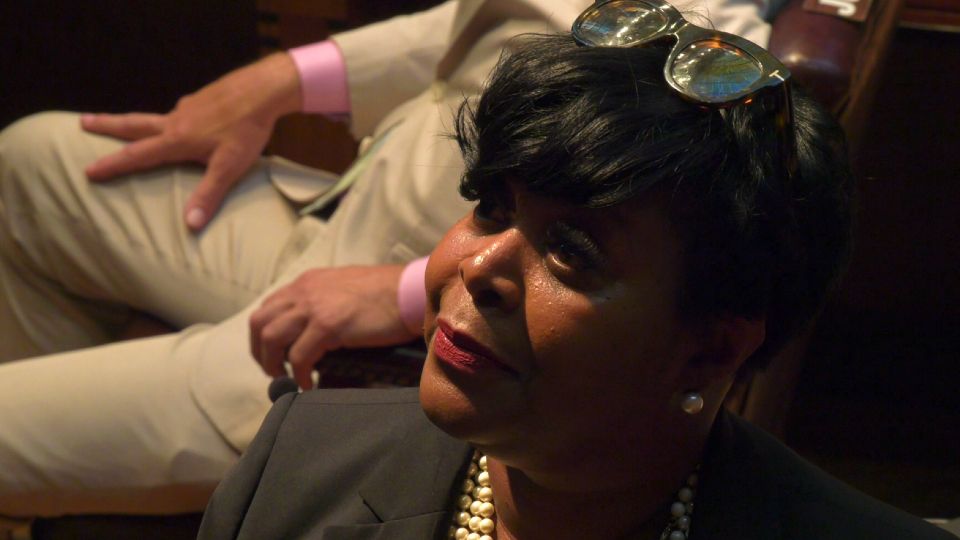 BUFFALO, N.Y. — After four months on the job, Tonja Williams will remain as the permanent superintendent of Buffalo Public Schools.

So much praise for Tonja Williams from city leaders! She will soon be voted in as #Buffalo Public Schools permanent superintendent. She took over the role temporarily earlier this year, following a shooting and stabbing at McKinley HS. @SPECNews1BUF pic.twitter.com/8FiFIcUTlQ

The vote was unanimous Thursday evening.

“I vote in the affirmative for Dr. Williams," said Louis Petrucci, the Buffalo School Board president as he cast the final vote approving Williams as superintendent as the crowd in Buffalo Common Council chambers broke out in cheers and clapping.

“Four months, 96 days, she did more things in this time period than I've seen out of three years of other superintendents,” remarked Buffalo school board member Terrance Heard.

Following a shooting and stabbing at McKinley High School, Kriner Cash resigned the role in March.

Williams took over and hit the ground running.

“For this district, we hit the jackpot,” said Catherine Collins, a member of the New York State Board of Regents for the 8th Judicial District.

She was born here, went to school here and spent 32 years working in this school district.

“We had heard from the community over and over again about the value of having a local candidate, and how much they wanted someone from the community that had strong connections as well, and you saw the turn out today,” explained Petrucci.

Community members, leaders and school system employees packed in to show their support.

“We talk about growth and buildings and apartments and all of that, but none of that will mean anything if we fail to educate our children to the highest level possible,” said Buffalo Common Council President Darius Pridgen.

“It feels amazing,” she exclaimed. "It’s an exciting day. I am up for the task. Tomorrow starts a new day.”

She says she understands the assignment and gives 110% to the job.

She helped create new programs, like this summer’s earn while you learn partnership, but is also focused on keeping kids safe and creating equity.

“I'm asking that we all link up, arm-in-arm, side-by-side and that we be a bridge over troubled waters," Williams said. "Because the waters are choppy and the waters are filled with low expectations. Grief. Despair. Homelessness. Poverty. Trauma. Mental health. Fear of success, and so many of our children suffer from, and anger.”

Tonja Williams had officially been sworn in as the new #Buffalo School District superintendent. @SPECNews1BUF pic.twitter.com/Z8bXsOuINB

Williams says the listening tours she went on earlier helped her form a strategic plan.

She has plans for a state of the schools address in the future to update the community on that.

Because for her, the work never stops.

“You spent 32 years in the school district already, how long do you plan to stay in the position," asked Spectrum News 1.

"Thirty-two more," laughed Williams. "Until the job is done.”

School board president Louis Petrucci did say a private study done following the violence at McKinley Hugh School was completed.

It made a series of recommendations for both the district security plan and individual school security, but details aren’t public yet.