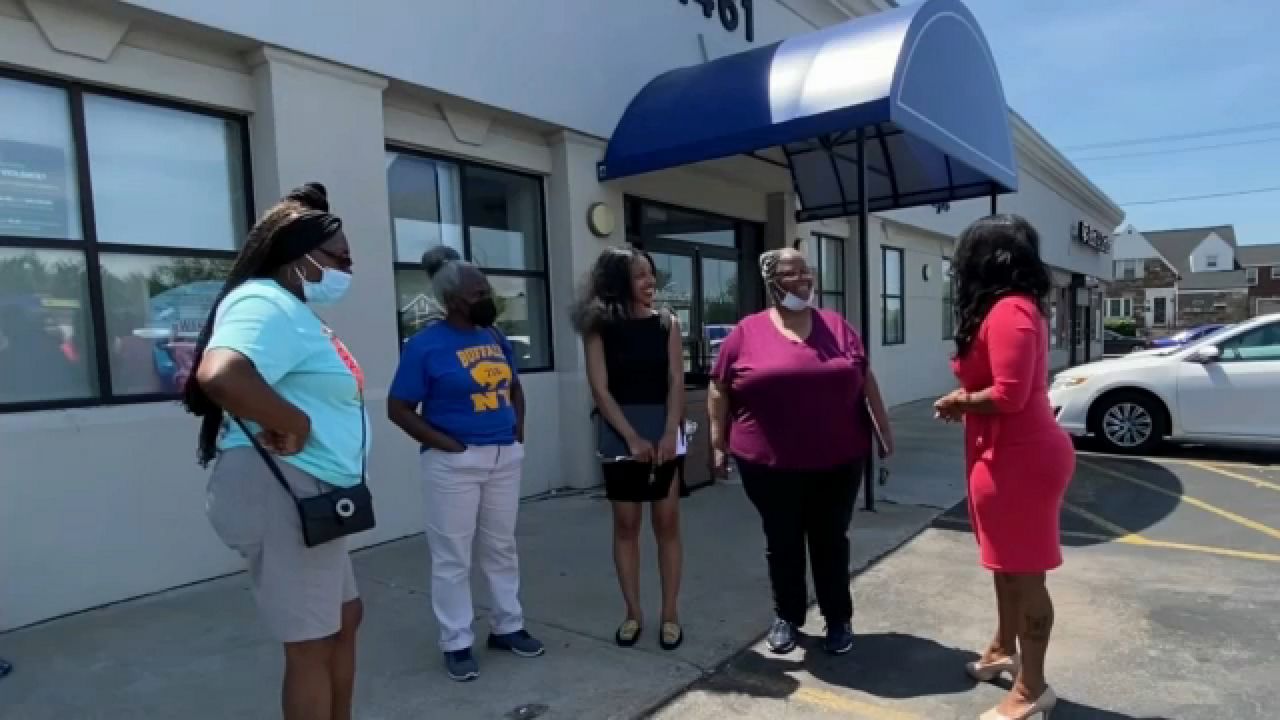 The county saw its highest number of opioid-related deaths in 2016 at 301.

Last year, there were 281, with two cases still pending.

The data shows there is a need for a place that can help. But an opioid treatment center going up in Buffalo's University District is not being welcomed by everyone in the community.

People living nearby say they're worried about safety in their neighborhood while the people behind the treatment center say the project is greatly needed.

A Seneca Nation affiliate is looking to open the treatment center on Kensington Avenue. Neighbors have started a petition to stop it, saying they had no idea it was coming and this happens too often in Black communities.

Hopewell Center has already leased the space in the Cleve-Hill Plaza with plans to offer several services to help Native Americans affected by addiction, including medication-assisted treatment, behavioral health services and social services.

However, community leaders, including University District Councilman Rasheed Wyatt, say they were only made aware of the project in May and had no input on what was going up in their neighborhood.

“When I met with the Hopewell group, they told me they had approval from OASAS," said Wyatt. "I knew nothing about it and that approval came from the state, but how do they get to put something in your backyard without you knowing anything?”

Plans for the project moved swiftly due to it being exempt from the normal Office of Addiction Services and Support application process as a Native American health service program, and the site is already zoned for medical use.

While the clinic is expected to start with around 250 slots, it's approved for 650 by OASAS. Residents are concerned having that many people transported in an already congested plaza will cause safety issues.

“There’s kids that get off of the bus here," said Shekinah Powers of the Godfrey Street Block Club. "That is within feet of this anticipated clinic. The aftermath that can come with it with 300 to 600 people a day? That’s unpredictable.”​

But representatives from Hopewell say they will provide a 24/7 on-site safety team, and surveillance. They also say that they’ve been doing community outreach since early April. They say many natives live closer to Buffalo and the location will attract highly qualified medical professionals for patient care that is desperately needed in Erie County.

In a statement sent to Spectrum News 1, Hopewell clarified that while the site is catered to Native Americans, it will be open to the entire community, saying they've “designed a state-of-the-art facility that will provide compassionate, high-quality care to family, friends and neighbors suffering from substance use disorder.”

Those sentiments, however, mean little to those in the area who feel they have no recourse to stop the facility from going up near their homes.

"This isn’t a positive addition to us. It’s not," said Powers. "It's something that’s negative, and you’re not even servicing African American people. It’s not for us.​"

Since this report, community leaders and representatives from Hopewell have met at least twice, and while tensions ran high, Hopewell says they plan on continuing to work on community education and look forward to being an asset to the Cleve-Hill Plaza and the neighborhood.

The center is on schedule to open in early 2023.