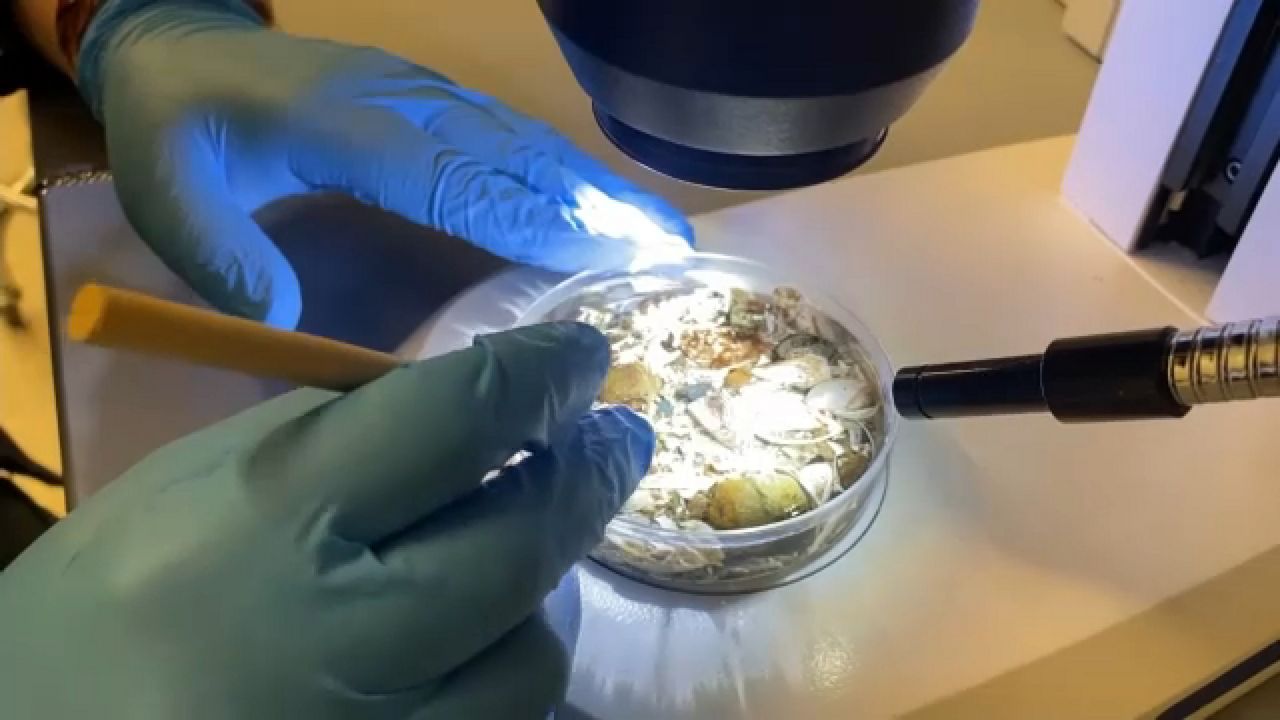 BUFFALO, N.Y. — What are benthic invertebrates in the Great Lakes? They are organisms that live on the bottom of the lakes. They’re used as indicators of the biological condition of water bodies. A team of scientists over at Buffalo State has been monitoring these invertebrates since 2012. With $3 million more heading their way through 2028, what do they hope to learn, and even more importantly, how can we restore the Great Lakes through their research?

Decaying plant material from Lake Erie is something Susan Daniel, lab manager at the Great Lakes Center at Buffalo State, certainly enjoys. She meticulously sorts through the hundreds of samples taken during the team’s trips to the Great Lakes. They’re looking at mussels.

“We like to do sizing on those, just to understand the impact of the environment and their size structure,” Daniel said.

That data is then sent to the EPA. But before these mussels make their way to the lab, Alexander Sasha Karatayev, the director of the GLC and Lyubov Burklakova, the senior research scientist take a yearly trip on the EPA’s ship aptly named Lake Guardian, across the Great Lakes to collect samples from 57 stations.

“During the winter we process them,” Karatayev said.

They also do a rapid assessment with a GoPro, finding over time in some parts of Lake Michigan it’s gone from muck and mud to a pavement of zebra or quagga mussels.

“They have more biomass than other fish, invertebrates, or birds in the Great Lakes altogether,” Karatayev said.

He says it’s not bad, just different. Now a $6.7 million federal grant from the EPA’S Great Lakes Restoration Initiative will help these scientists along with those at Cornell University to answer what’s next.

“These creatures, they play an extremely important role in water quality formation, as well as a fish food base,” Karatayev explained.

“We are also really interested in using this data to see what is happening in the Great Lakes in the past half-century, or century,” Burklakova said.

Burklakova is referencing a Lake Ontario study that shows the loss of Diporeia, which is shrimplike and a great source of food for fish.

“The loss of Diporeia was really bad for our fish and our fisheries,” Burklakova said.

Taking this bigger picture look can help the fishing industry plan for its future.

A picture that’s then put together via Photoshop by Allison Hrycik.

“We use those numbers to build a map of Dreissena distribution, because as my colleagues have mentioned, these mussels aren’t going anywhere,” Hrycik said.

And as it turns out, there’s a lot to learn from them.

The team also looks at freshwater worms. Turns out they are indicators of pollution. And there is some concern in particular, with what’s called eutrophication. It is nutrients from our activities on land washing into Lake Erie. More nutrients sound good, but it actually leads to low oxygen in the water. That in turn is killing marine life.