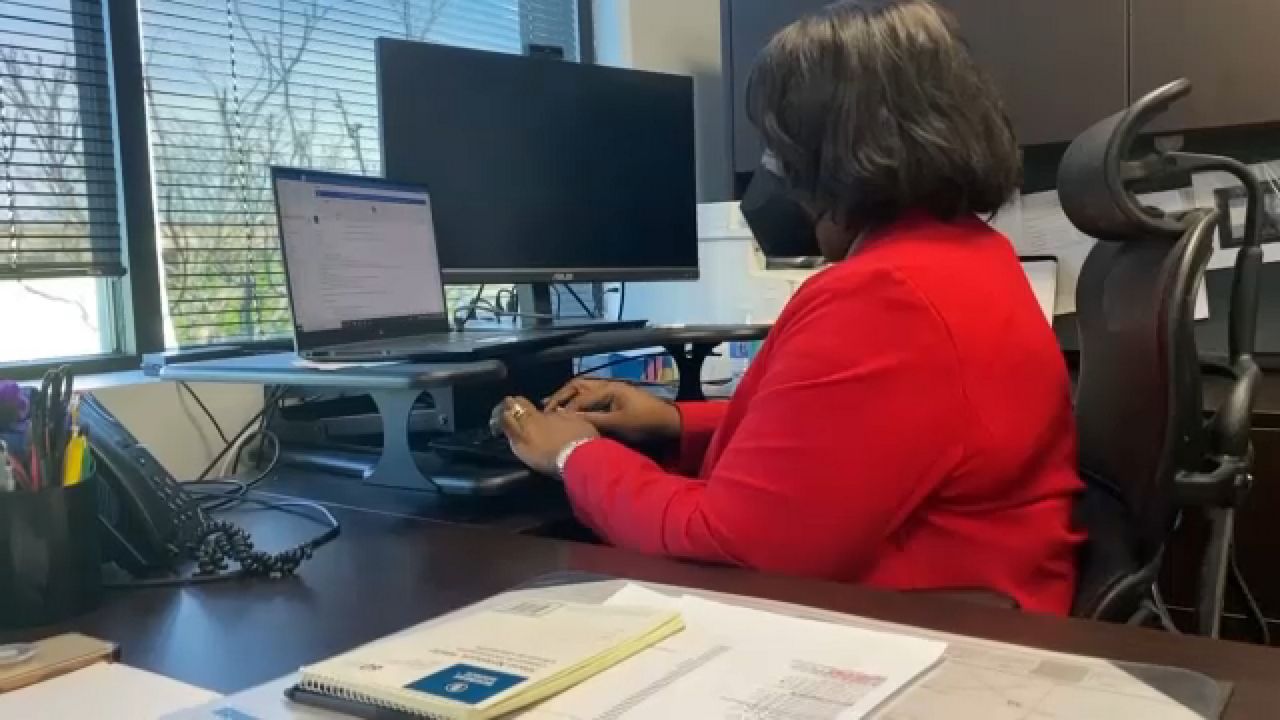 People all across the United States are facing many concerns including inflation, climate change and the COVID-19 pandemic.

But the recent mass shooting at a Tops grocery store in Buffalo is shining a light on the threat people of color face every day.

According to the National Alliance on Mental Illness, the experience of being Black in the United States varies, but there are several shared cultural experiences like racism, discrimination and inequity.

Let's break this down into some numbers.

Now, these stressors can oftentimes lead to a number of mental health issues, but the likelihood of someone of color reaching out for help is much less in comparison to a white counterpart.

Some specialists share what barriers are stopping people in the African American community from receiving the care they need.

When she was growing up, Chandra Redfern experienced some people in both her family and fellow African American community dealing with mental health issues.

“I just knew that there was something not quite right and there had to be a way to make a difference,” Buffalo Federation of Neighborhood Centers CEO Chandra Redfern said. “So I went into a helping profession.”

“I think there’s a lot of ‘don’t put your business out the street,’” Redfern said. “So what happens in the home stays in the home. We don’t bring outsiders into what’s going on with us.

Rana Ryan is a licensed clinical certified psychotherapist. She agrees, saying a common stigma in the African American community is that there’s something wrong with the person needing help with their mental health. She says other barriers include access to technology and transportation to and from appointments.

“I find that families who have more resources and have access to vehicles versus African American families that I have worked with possibly share a car and maybe that car is not in good condition, and the car is possibly being used to get to work,” Ryan said. “[People have] priorities, you know.”

Redfern says some people in the African American community may not be insured, or they don’t know what their insurance covers. Co-pays can also be difficult for some to afford.

“When we’re talking about someone that may be a low-wage earner or a middle-class earner, and you have a $25 co-pay to go see a therapist,” Redfern said. “I mean, people aren’t paying $25 co-pays to go see their medical doctor. So you know sometimes people have to make choices and they would choose not to spend that money on a copay.

Redfern and Ryan say it’s also important to have providers that are aware and embrace the differences in cultures. This is something Ryan says she did not experience during her therapy when she was younger.

“I think I did two sessions,” Ryan said. “I didn’t culturally connect. The person did not understand me. I ran out of there feeling overwhelmed and more lost. I had a bachelor’s degree in psychology and I knew I wanted to go further to help people not experience what I experienced.”

Redfern says she sees a lot of good things happening in terms of diversity in the mental health field, but there’s still a long way to go.

“It’s not a good thing when people are saying, ‘I can’t find African American providers,’” Redfern said. “Because we know that they’re out there. Sometimes we have to search a little bit harder to find them but it shouldn’t be that hard of a search.”

She says people should be able to find providers that they feel comfortable receiving services from.