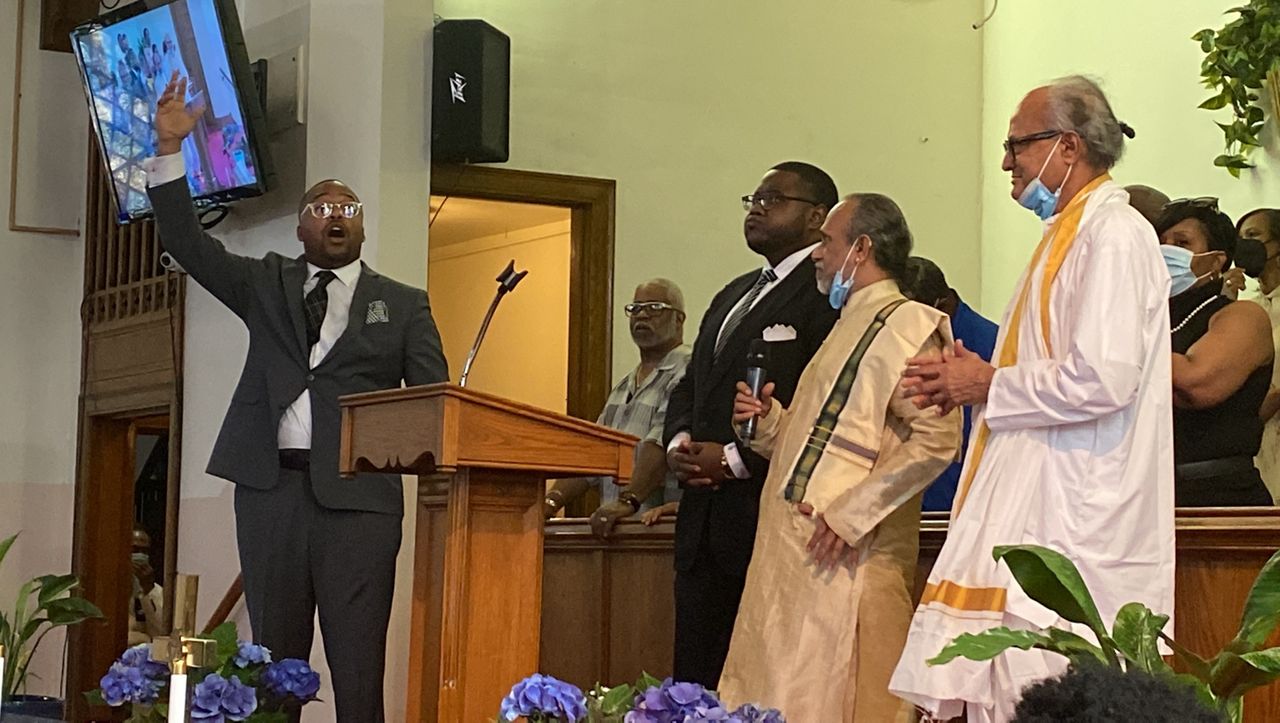 BUFFALO, N.Y. — Hundreds of people brought their pain to the altar Sunday in remembrance of the 10 lives lost and three injured in a mass shooting in Buffalo on Saturday.

Macedonia Baptist Church, just minutes away from the Tops Supermarket where the tragedy took place, held an interfaith service that called for healing and action. Senior Pastor Julian Cook said planning a service that would bring people from all walks of life together was necessary, as the hate crime that took place affects everyone.

While many shun religion in times of tragedy, Cook reminds people to consider the role of humanity in promoting peace and bringing an end to those things that cause division.

“We say to God; 'God, how could you let this happen?' I imagine that God also asks us, how could we let this happen? We are our sister’s and our brother’s keeper and God has put us here for the protection and the acknowledgment of dignity, the sacred value of every human being who exists on this earth,” Cook said.

In addition, to lament, the service also gave space for a course of action. Political leaders like Governor Kathy Hochul, New York Attorney General Letitia James, and Erie County Executive Mark Poloncarz not only expressed solidarity with the community, but spoke on initiatives like regulating gun laws and social media. Many hope that the massacre in Buffalo can help bring about changes that other similar incidents throughout the nation in the past, unfortunately, could not.

“We want to make sure that this is not just a moment, but a movement for the betterment of lives in this community and worldwide,” Cook said.

As the healing process continues, opportunities to use pain to promote change will continue to arise.

“I want to thank our community for really working together to make sure that we protected one another at a time like this. We don’t need the unprofitable anger, we need the type of eloquent rage that helps us to really make the sustainable steps that will lead to change in this community,” Cook said.