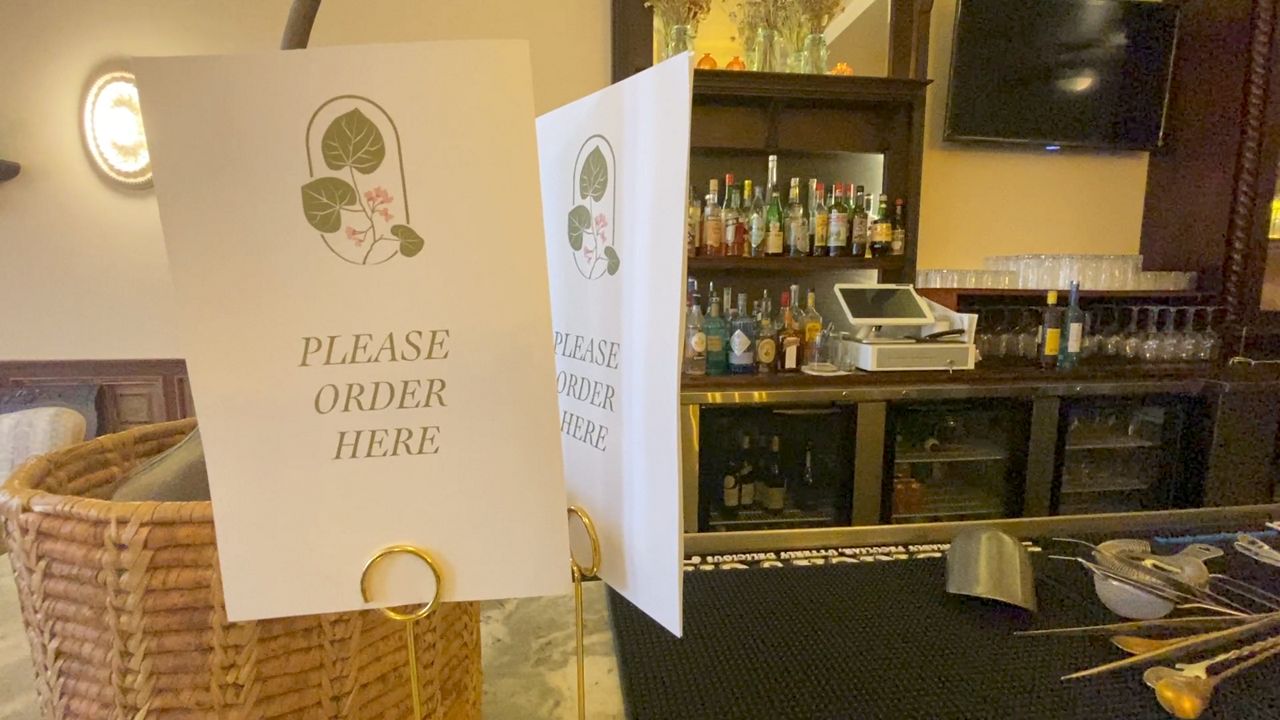 NIAGARA FALLS, N.Y. — ​Business is booming in Niagara Falls. Over the past year, many people have opened new storefronts in the area in and around downtown.

“It was just something we wanted to put into our neighborhood that we grew up in,” said Josh Carey, co-owner of Judas Tree.

Carey is all about local businesses for local people. He opened Judas Tree on Pine Ave. with his sister about a year ago.

But things are changing. A number of new businesses like his have popped up within the last year, including the GoldBar.

“I saw demand and I wanted to be in this area,” said Morgan Genovese, owner of The Goldbar.

Genovese opened the spot about three months ago. She’s already looking to expand.

“We have a lot of Lewiston people, a lot of Buffalo people, that are now coming to Niagara Falls because there's beginning to have that critical mass," she explained. "Now we have three bars on this street, and you can kind of start bar hopping now.”

Carey and Genovese both see a change in the area.

“It's not just sticking to the main tourist areas," said Carey. "People do want to go see what the city has to offer.”

Revitalization efforts, including the transformation of part of the Niagara Scenic Parkway into green space, mean more people are coming into the city itself.

“I think that it's definitely made it easier and it made it more approachable for people to kind of venture out of the downtown area and into the city a little more,” said Carey.

“What we have is, we have a lot more of interest, a lot more attention to that area,” said Niagara Falls Mayor Robert Restaino. “So much energy has always been spent on the visitors who come here and we focus on that visitor time, but the real heartbeat of downtown is going to be bringing locals down there.”

While the area still has its problems, business owners are hopeful.

“As more good things continue to happen, the bad things kind of... they go away, they go to another place. They disappear,” said Genovese.

The future could be very bright.

“I think the city can use about 20 times more businesses, and competition if you will," said Carey. "We welcome it.”

Mayor Restaino says there will be multi-million dollar revitalization efforts coming this spring and summer.

There will also be a push to use some American Rescue Plan money to bring in more minority and women-owned businesses.