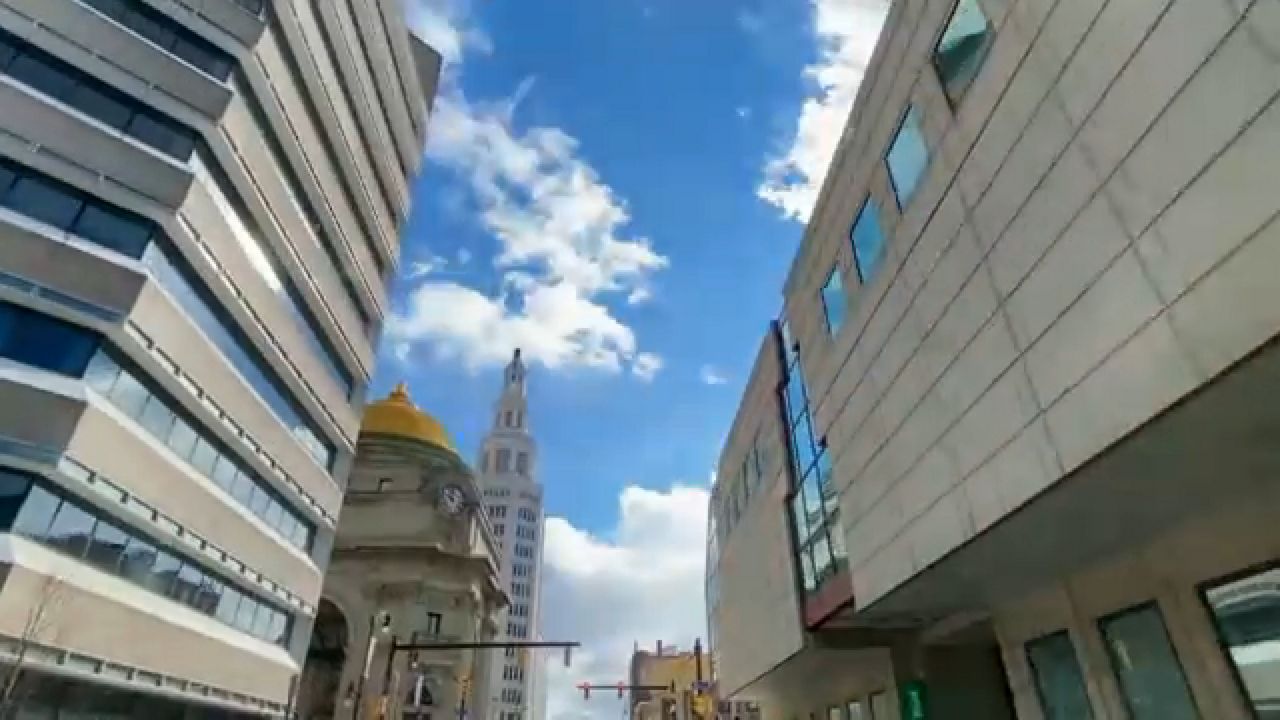 How Buffalo has become a climate change refuge

BUFFALO, N.Y. — Climate change is a contributing factor to the extreme weather patterns we’ve seen downstate that turned subway tunnels into rivers, the devastating wildfires we’ve seen in the west and tragic storms down south.

But what is the worst we’ve seen here in Western New York? The answer is none of that. That is why Buffalo is now being deemed a climate change refuge. Be in Buffalo is now trying to spread that around the nation.

Snow and below-zero wind chills are not exactly enticing.

“Buffalo has this national and maybe infamous reputation for our weather,” said Greg Pokrik, a Be in Buffalo public relations specialist. “But what people don’t understand is that it’s not a natural disaster. We move the snow and we keep business going.”

That is why Be in Buffalo is trying to change the region's punchline into a headline.

“Our Climate Change Refuge page is a new page on our website that highlights our abundance of fresh water, our mild temperatures and our safety from natural disasters,” Pokriki said.

In fact, Pokriki says Buffalo is the fourth safest city from natural disasters, not to mention that the Great Lakes represent 20% of the Earth’s fresh water. Western New York sits on two of them.

Besides these facts, what are the trends to back up Western New York’s new title?

“And we’re seeing that increase, and that is due to temperature change," Vermette said as he pointed to his computer screen showing how Western New York’s growing season is growing.

Vermette started his trend analysis in 2015. He says Western New York is seeing the effects of climate change.

“There was no change in trending temperature between 1927 and 1964, then from 1965 to 2016,” Vermette said. We suddenly see a rise in temperature which one can attribute to climate.”

But the changes aren’t as extreme as in other places. Take rainfall totals, for example.

“Over time, from 1965 and 2016, there really isn’t an increase in trend,” Vermette showed. “So, we’re not seeing that same rise with extreme precipitation.”

Vermette has broken up Western New York into climate zones based on elevation, wind and effects the lake has. He says each one is responding differently to climate change. He says the Southern Tier is warming less compared to the Niagara-Frontier region. That could lead to an issue down the road.

“The Fruit Belt may be in jeopardy because of the warming of Lake Ontario and Lake Erie,” Vermette said.

He says Western New York will see a gradual increase in temperatures. But we aren’t going to see prolonged heat waves or heat domes.

“Right now we have a window of calmer conditions than other parts of the country,” Vermette explained. “Are we in climate change refuge? Well, time will tell, but least at this point in time we seem to be playing it pretty well.”

The script is now being revised.

“It’s a story of job opportunity, a story of a desirable climate, a story of quality of life, affordability and a family atmosphere,” Pokriki said.

Now the next step in all of this is planning to become a climate change refuge. Be in Buffalo has already helped families and businesses make the area home because of this. According to the Erie County Department of Environment & Planning:

The department is working on ways to combat climate change, however. They've developed and are implementing a Climate Action & Sustainability Plan for internal operations.

Erie County as a whole is now working with stakeholders to develop a Community Climate Action Plan. This will include actions and strategies to both mitigate and adapt to climate change.